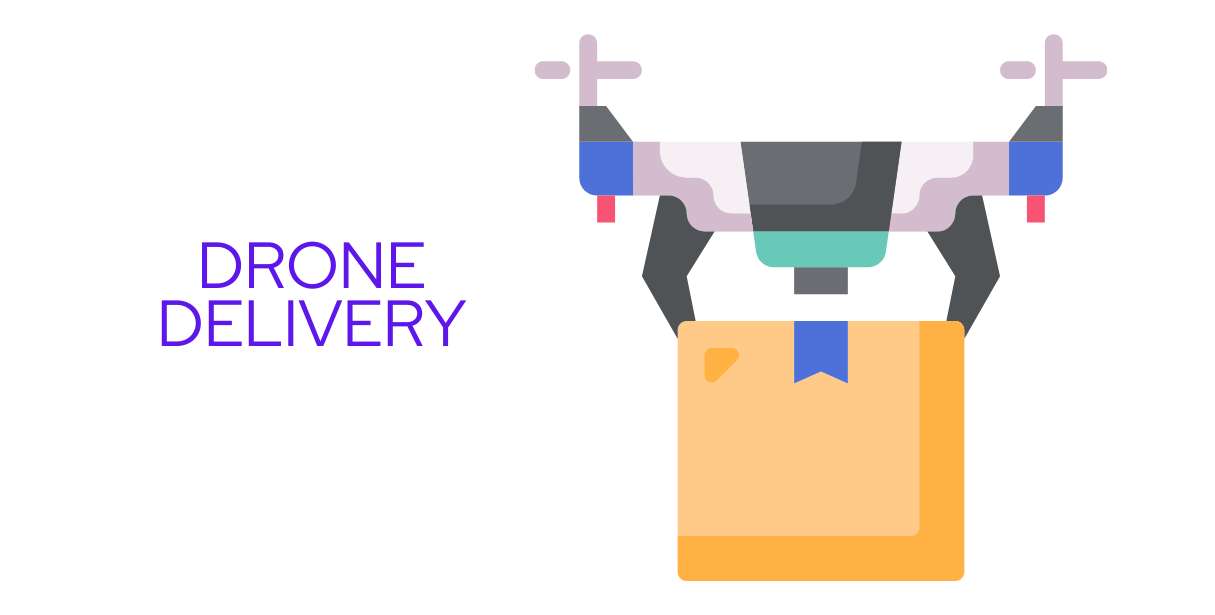 Walmart is looking for technology to help speed up its delivery process. The company has plans to expand the number of drone-delivery hubs to 34 locations in six states.

The expansion could potentially reach up to 4 million households by the end of the year. And Walmart expects an increase in the number of packages delivered by drones to 1 million per year. Each delivery has a weight limit of 10 pounds and costs $3.99.

While all of this sounds like a step into the future, there are a lot of regulatory hurdles to get over. At the moment, US flight rules state that drones must stay within the operator’s line of sight. All of Walmart’s plans hinge on a change in policy from the Federal Aviation Commission.

Regardless, the company is pushing forward with its investment. In initial test runs, the company expected that customers would only use the service for essential items. But they found out people used it simply because it’s more convenient — think last-minute items for dinner.

Walmart’s partner in the venture DroneUp will provide certified drone operators at each delivery hub. The company also takes the lead on each drone delivery test as the Aviation Commission enforces stringent safety measures.

The project has a long road ahead, and it may be a while before drone delivery usage is common. But we’re looking forward to future developments!

Look out Amazon. Google is making another attempt at the eCommerce world and wants to become a viable Amazon alternative.

Online merchants currently use the Amazon marketplace as their go-to spot to list items for sale. But Google Senior Vice President Prabhakar Raghavan and his team are working on new technologies that will allow sellers to sidestep Amazon. For reference, he’s in charge of Google Search, Assistant, Geo, Ads, Commerce, and Payments.

New features users may see include one that gives users the ability to search for retail products via photos. And last week, the company announced another feature that routes users directly from product search listings to checkout.

The idea is that users will pay for Google ads that route customers directly to their online stores instead of using Amazon’s marketplace. This would cause Amazon to offer more perks and discounts to court sellers.

Time will tell if the plan will work, but Raghavan is making bold moves within Google to make eCommerce a big part of their business.

Known as the creator of Aspect Finder+, Optiseller is now offering more than just seller research and eBay Item Specifics compliance tools. The company has an entire line of new features to help sellers boost their sales.

At the moment, sellers can sample these new features for free under the Optiseller ‘Taster’ plan. The plan includes:

Sellers can visit the Optiseller site to learn more about the Taster plan.

Amazon recently began implementing changes to the way it notifies sellers of buyer cancellation requests. Earlier this year, Amazon announced it would stop sending notices through its internal messaging system starting in April.

But after negative feedback from sellers, the company pushed the implementation until May to provide additional information. The company rolled out the process and expects to finish by May 29th.

Whether this is an improvement is still up in the air. Many sellers don’t like the fact that they have to scroll through their ‘manage order’ pages to find cancellation requests. And some are saying it could negatively affect their performance metrics.

ShipX acquired both Princeton Logistics and its subsidiary, TriStar Carriers this week. The addition of these two companies allows ShipX to expand its services and go beyond Final Mile deliveries.

Both acquired brands will now operate under the ShipX name and will continue to provide their complete range of services.

Regarding the acquisition, former president of Princeton Logistics, now Chief Logistics Officer at Ship X, Jim Neebling stated, “We’re thrilled to join forces with ShipX and even more excited to be able to offer our clients a more complete, turnkey shipping solution.”

ONDC and Google are in talks for the Indian market

With Walmart and Amazon dominating the eCommerce market in India, the country launched its Open Network for Digital Commerce (ONDC) as an alternative marketplace. And now, the country is in talks with Google to integrate their shopping services with the platform.

It makes sense, as India is the fastest growing eCommerce market in the world. The Indian government estimates that it will grow to $350 billion by 2030.

Though Google hasn’t commented on the talks, we know that partners of the ONDC project are expected to show their listings through Google’s search results. But no one knows how Google will prioritize the sellers.

With talks ongoing, we’ll have to wait and see how everything plays out.

It looks like subscription services are a winning solution for online pet supply retailer Chewy. The company released numbers stating that 44% of their customer base joined their Autoship program, which has helped jump their revenue numbers by 77% over the past two years.

The program automatically charges and ships pet supplies on a schedule set by the customer. And according to customer surveys, customers who set up Autoship end up spending a lot more than customers who don’t.

The company entices customers to Autoship by offering a 35% discount on the first order and then 5% less for future orders. If you’re looking for ways to boost your eCommerce sales, a subscription or membership service may be the way to go.