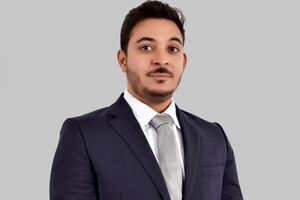 The Nuclear Electromagnetic Pulse Simulator offers critical infrastructures, service providers, and research institutions in the UAE and wider GCC region greater autonomy when it comes to testing a function that needed to earlier be outsourced abroad.

DERC’s EMC labs comprise a modular semi-anechoic chamber that enables testing to evaluate susceptibility of electronics to electromagnetic pulses while providing the necessary evidence that these comply with international standards.

In partnership with Montena Technologies, a Switzerland-based company specialising in the generation and measurement of high-voltage fast transient impulses, simulating natural and human-made electromagnetic phenomena, and a key manufacturer of Nuclear EMP systems, DERC has commissioned a system to replicate the electromagnetic environment generated by a nuclear reaction at high altitudes (more than 40 km above the ground) in the laboratory.

Speaking on the development, Dr Chaouki Kasmi, chief researcher, Directed Energy Research Centre (DERC), says, “We are delighted to add this capability to DERC’s growing resources of cutting-edge technological solutions that are shaping our future. A Nuclear Electromagnetic Pulse simulator is unique to the GCC region and is crucial for the protection of strategic systems and critical infrastructures.”

Considered a significant breakthrough, DERC can support government entities and the UAE’s industry with the requisite experimental, numerical, and analytical support to verify accurate hardening of equipment against multiple international standards.

Dr Nicolas Mora, lead of the electromagnetic effects group at DERC, adds, “Emergency services, telecommunications and financial industries, as well as government, transportation, and energy players are sure to welcome this development. To a slightly lesser extent, entities in the healthcare, chemical, water, and wastewater, as well as dams and commercial facilities can also find beneficial use cases for this solution.”

Manufacturers keen to export their products to markets compliant with EMC directives (namely the EU or the United States) and those conforming to IEC requirements on HEMP protection will appreciate the significance of this announcement.

For his part, Werner Hirschi, CEO, Montena Technologies SA, says, “As a global leader in providing equipment for simulation of electromagnetic threats, for the measurement of pulsed electromagnetic quantities and for the transmission of fast pulsed signals in noisy environments, we are pleased to partner with DERC in implementing a unique infrastructure that will trigger the impulse to success. Montena looks forward to a long and fruitful collaboration with TII and is committed to supporting TII in meeting its goal of creating innovation for a better world.”

The DERC EMC labs enable key technologies to be evaluated against electromagnetic compatibility and interference by reproducing man-made and natural electromagnetic hazards in the pulsed power and semi-anechoic chambers. The direct connection between the two chambers enables a diversity of experiments involving hundreds of kV nanosecond pulses and multi-megawatt microwave systems. The laboratories have been designed to host different categories of equipment such as connected objects of the Internet of Things, drones and autonomous cars, telecommunications equipment, medical devices, automotive equipment, and IT equipment while ensuring complete automation for tests and measurements.