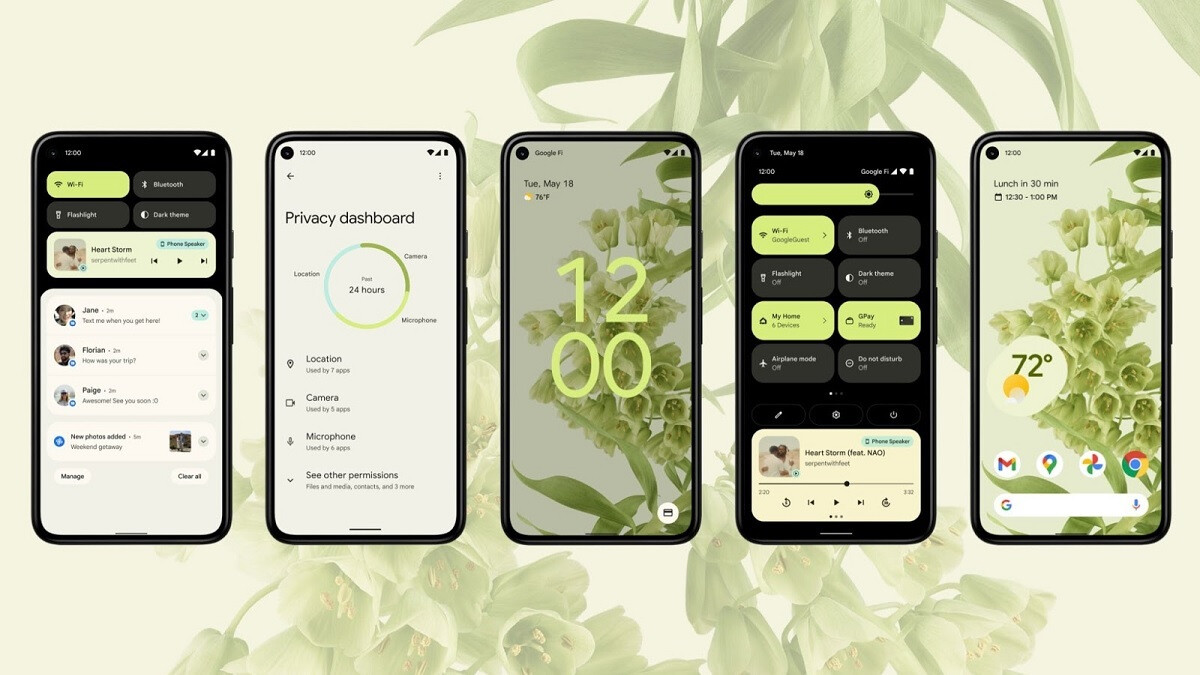 Two Samsung phones that you don't hear about often have received their stable updates to One UI 4 which includes Android 12. These are the Samsung W22 5G (found only in China) and the international version of the Samsung Galaxy S10 Lite. The latter is model number SM-G770F, the firmware version of the update is G770FXS6FULA, and the software features the December 2021 Android security patch. The update is rolling out first in Spain according to SamMobile, but it will soon be available in other markets.

The Galaxy S10 Lite carries a 6.7-inch Dynamic AMOLED display with a 1440 x 3200 resolution, a 120Hz refresh rate, and an aspect ratio of 20:9. Both the front and rear panels are protected by Gorilla Glass 6. The global version is powered by the Exynos 990 which is built by Samsung Foundry using its 7nm process node and the U.S. variant features the Snapdragon 865 chipset, built by TSMC using its 7nm process node.

The rear camera array includes a 12MP f/1.8 primary camera, a 64MP f/2.0 telephoto camera with a 3x hybrid optical zoom, a 12MP f/2.2 ultra-wide camera, and a .3MP Time of Flight (ToF) depth sensor. The cameras include Leica optics, and there is a front-facing 10MP selfie snapper.

Now rolling out is the update for China's special version of the foldable. One UI was originally developed for tall screens and with most of the actionable elements placed near the bottom of the display, they can be reached by those with smaller hands.

The W22 5G is a little larger than the regular Galaxy Z Fold 3 and is priced at the equivalent of $2,649 based on current forex rates. With its dimpled gold spine, the phone stands out as a premium edition although, as we noted, the specs are mostly the same as those found on the Galaxy Z Fold 3. That means it sports a 6.2-inch Super AMOLED cover screen with a resolution of 832 x 2268 and a 120HZ refresh rate.

Opening the device reveals a 7.6-inch Super AMOLED screen with a resolution of 1768 x 2208 and a 120Hz refresh rate. Under the hood, you'll find the Snapdragon 888 chipset made by Samsung Foundry using its 5nm process node. 33% more memory is found on the W22 5G which sports 16GB of RAM as opposed to 12GB on the Galaxy Z Fold 3's 12GB. There is 256GB of storage available.

Samsung has done a much better job releasing updates for Android 12 this year and while it doesn't have the Pixel models beat, it should give Samsung owners a lot less trepidation about purchasing Samsung devices in the future. In fact, just the other day we told you that the mid-range Samsung Galaxy A52 was receiving its Android 12 update.

33% more RAM is offered on the W22 5G foldable, a device found only in China

The W22 5G does not come with Google Mobile Services (GMS), but that is normal in China where Google is a four-letter word. Owners of the device can see if their update to One UI 4 is ready to be installed by going to Settings > Software update. Or, you can wait for the notification to arrive that says you've received the update.