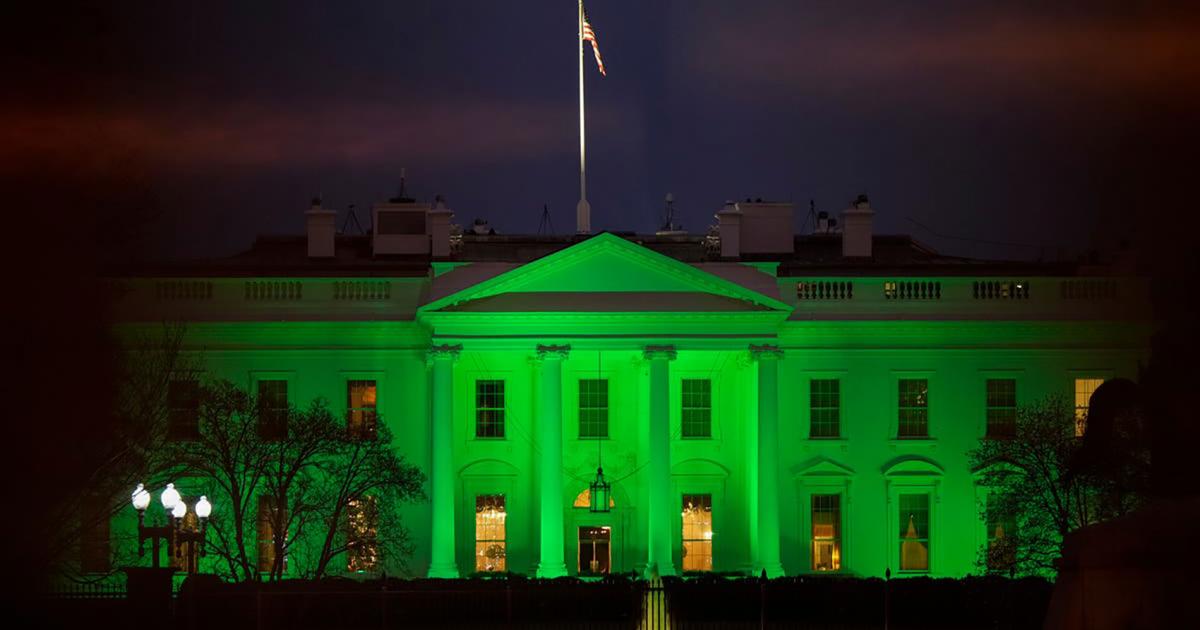 In 1988, during the U.S. presidential campaign, George H.W. Bush famously said, “Those who think we are powerless to do anything about the greenhouse effect forget about the White House effect.”

A third of a century later, that pithy sound bite turned out to be hollow, as most political pronouncements about climate change were at that time. In the United States and elsewhere, those hollow statements led us to the climate emergency now before us.

Lately, however, we’re finally beginning to see what the “White House effect” can mean.

On Friday, the Biden administration revealed its “roadmap to build an economy resilient to climate change impacts.” And while its comprehensive vision may seem an environmentalist’s fever dream, it is undergirded by a slew of initiatives the administration aims to undertake, many of which can be done by executive order — and undone by any climate-denying, fossil-fuel-loving successor.

The Biden roadmap includes efforts already underway, the fruits of which will be unveiled shortly. For example, a report expected next month from the Financial Stability Oversight Council — the unit set up to monitor the stability of America’s financial system, chaired by Treasury Secretary Janet Yellen — will focus on mitigating the impacts of climate change on the nation’s banks and other financial institutions. Yellen's Treasury Department has also launched a process to address climate-related risks in the insurance sector, which are becoming increasingly onerous.

The big kahuna, for the business community at least, will be the recommendations being developed by Securities and Exchange Commission staff related to a mandatory disclosure rule for public companies of their climate risks, in alignment with the guidelines of the Task Force on Climate-related Financial Disclosures. Still another major initiative, launched Thursday, seeks to roll back the previous administration’s efforts to exclude ESG considerations from pension plans and retirement plans.

There’s a lot more. You can find a summary of the roadmap here.

Perhaps the least-acknowledged element of the plan — one that received little media coverage — is the administration’s plan to integrate climate goals into federal procurement activities.

For the uninitiated, the United States government is the world’s largest buyer of goods and services. In fiscal 2020, federal agencies procured more than $600 billion worth of stuff, not including billions more of emergency spending related to the pandemic.

All of that stuff comes with emissions. The General Services Administration, which oversees the bulk of non-military procurement, estimated that in 2019, federal contractors and subcontractors emitted about 150 million metric tons of greenhouse gases, about twice as much as the government’s direct emissions. That was a relatively small slice of the 6.6 billion metric tons emitted overall in the U.S. economy that year, but federal procurement can have a knock-on effect: State and local procurement regulations often mirror the GSA’s, and other large procurers often follow its lead. For example, in the 1990s, the federal government’s purchasing mandates for recycled printing and writing paper were followed by all 50 states and the District of Columbia, creating a robust market.

The notice of proposed rulemaking issued last week calls for public input over the next 60 days on a range of issues, including methodologies for measuring greenhouse gas emissions over the life cycle of products procured or leased by the government, as well as services performed by contractors; how federal agency procurement can better incorporate and mitigate climate-related financial risks; how federal agencies might best standardize emission reporting and verification; and the kinds of climate commitments by vendors that might be considered in procurement decisions.

As Shalanda Young, acting director of the White House Office of Management and Budget (OMB), put it, policy changes based on these issues “can shift markets, drive innovation and be a catalyst for new global standards.”

Some of this has been underway for months. In May, for example, Joe Biden signed an “Executive Order on Climate-Related Financial Risk,” aimed at developing a “whole of government” approach to climate by encouraging consideration of climate-related financial risks in retirement and pension plans, and modernizing federal lending, underwriting and procurement practices to reflect climate-related financial risks.

Meanwhile, Biden’s OMB has already updated the federal government’s financial reporting requirements, in which “[a]ll agencies, including government corporations” are encouraged “to summarize efforts taken or planned to assess, measure and mitigate risks related to climate change that could affect the entity’s financial performance, position or condition.” In August, the OMB published guidance on the preparation, submission and execution of the budget to include a discussion of climate risks.

And it’s not just climate. Biden’s Jan. 20 executive order — yes, the day he took office — was titled “Advancing Racial Equity and Support for Underserved Communities Through the Federal Government.” Another whole-of-government directive, it instructed every federal agency to identify “potential barriers that underserved communities and individuals may face in taking advantage of agency procurement and contracting opportunities.” In June, Biden announced that he is seeking to double the share of federal contracts that go to small, disadvantaged businesses with the goal of narrowing the racial wealth gap.

For those of us focused on sustainability in all its many forms, these initiatives are a welcome sign that despite a plodding and dithering Congress — now poised to gut the climate provisions from the latest budget plan — the federal government can, if all goes well, shift the economy, and all who work there, towards sustainable outcomes.

Let’s do all we can to ensure these things come to pass. Comments on the latest procurement rulemaking are open through Dec. 14.

I invite you to follow me on Twitter, subscribe to my Monday morning newsletter, GreenBuzz, from which this was reprinted, and listen to GreenBiz 350, my weekly podcast, co-hosted with Heather Clancy.