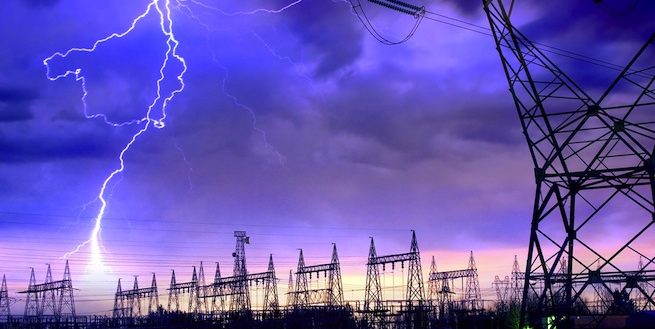 The technology world tends to take electricity for granted, a commodity that simply flows from the wall. But behind the sockets and wires, a quiet revolution has been transforming how the world generates and delivers electricity. The old model of a single large plant is being replaced by a complex network of smaller generators and consumers connected by smart microgrids powered by intelligent algorithms and free markets. And with increased reliability for enterprise datacenters on the mind of every executive whose bonus relies on uptime, smart microgrids are the key to that level of data resiliency.

Schneider Electric is one of the oldest industrial giants in Europe. It began in 1836 as a metal forge but shifted to supplying electricity during those 185 years. Now it is actively embracing merging software intelligence with the grid to provide cleaner, safer, and more reliable power.

To understand how this change is happening behind the wall sockets and circuit breakers of the server room, we sat down with Mark Feasel, president of smart grid at Schneider Electric, to get an understanding of how the company is using better software and cybersecurity expertise to redesign the electrical system for the future.

VentureBeat: What does the term “smart microgrid” mean for your organization?

Mark Feasel: I lead Smart Grid for Schneider Electric in North America, and what that means is that I am accountable for our electric utility business in North America. In addition, I lead a team that engages energy consumers who have been historically passive in how they react to the grid. Now our team engages in those discussions on how to interface the grid in new ways and also set up business models to facilitate that process to happen.

Feasel: For most of the past 100 years, without access to data, most consumers had no real ability to understand what electricity meant to them or how it correlated with the business objectives. But as you begin to digitize energy and create data, you de-commoditize it. People can choose very different models. For some, that means point distribution, energy resources — like solar with mine heat and power. Others maybe want more storage, maybe want to implement load control. Sometimes they’re powering their own needs, and sometimes they’re interfacing with the grid to provide power back.

VentureBeat: This completely changes the old model, where there was one big generating plant and thousands or maybe millions of customers.

Feasel: Exactly. A smart microgrid is a local control system that is composed of generation and controllable load and the system that orchestrates it. Microgrids can operate in three different operational modes. One of them is a mode in which they’re capable of operating completely independently from the grid. Another mode is when they’re islandable, which means that they can run at all times. But upon loss of power, they can continue providing that load. And the third kind is something you might call “microgrid light,” or a virtual power plant. These are assets that operate in parallel with the grid but only operate when the grid itself is available.

VentureBeat: A disconnected generator is pretty easy to understand. When they’re working in parallel, that must require quite a bit of coordination to make sure that just the right amount of power is flowing.

Feasel: It’s a tricky situation because electricity is invisible. It’s dangerous. It travels at the speed of light. And so, it isn’t like you can sit back and monitor things for a while and detect a problem before the impact is felt. So it really is a story of “How do you build this secure environment? How do you ensure the signaling between the grid and microgrids such that authenticity can be ascribed? And how do you detect when something’s wrong and isolate it quickly?” So that’s a pretty advanced story.

VentureBeat: This coordination must require quite a bit of care to make sure it’s done correctly.

Feasel: One aspect of security is simply … when you are connected to the smart microgrid and you know a consumer is interfacing with the smart microgrid. What are the commands and signals that your local equipment is given, and are those commands and signals authentic? Are they encrypted or not? What about the energy that you have on your microgrid and when and how you dispatch it back to the grid? Are you doing so in a controlled way, or perhaps, has — through some mechanism — someone been able to compromise your control systems? That is, providing power back to the grid. That is what someone else wants using your utility. So it’s not just a story of a power outage; it’s definitely the story of the connected assets and how they’re interfacing with the grid-scale assets.

VentureBeat: So how do you go about changing this industry that’s already more than 100 years old?

Feasel: First of all, it’s a quickly moving and emerging environment. But one of the things that we really focus on are systems based on openness. So open communication, open protocols. We’re in a world where much of what operates a power grid is filled with equipment that has lineages that go back decades and decades. Most of these controllers of a generator or a protective relay are not like your iPhone. They don’t get changed out every year. You can’t just adopt the newest and most advanced standard. Instead, you have to deal with the legacy of what’s built, and those legacies are built upon proprietary protocols.

VentureBeat: What kind of computing systems do you need to accomplish this?

Feasel: It’s very typical to go into a utility substation and have to install devices called RTUs (remote terminal units) that can speak about 20 to 50 of these old languages because of the ability to go in and change out all this equipment and masses is way too expensive. And so when I think about how we approach this from a Schneider Electric point of view, we think about a story of openness, with open protocols and peer-reviewed approaches.

VentureBeat: What comes after openness? What do you want them to be?

Feasel: There are four key things here. Number one: When we think about resilience, one of the things we talk about is proximity — that we’re generating energy as close as possible to where it’s being used. That’s something you can secure physically better at that point, instead of having miles-long areas in which a physical intrusion could occur.

The second thing is the idea of redundancy. It’s pretty obvious: If an asset is compromised or a group of assets is compromised, the services can be provided by other assets.

The fourth key thing is digitization, which brings better situational awareness. It’s very important that [systems] are digitized more fully now. When you’re creating more digital points, you might say, “Well, Mark, doesn’t that make it less secure?” But the truth is digital data gives you the ability to understand. The truth is extremely important when you have a commodity like electricity that’s moving so fast.

VentureBeat: I’ve noticed that you and some of the others in the grid community are pushing the U.S. Congress to enact some legislation to support this. Can you tell me how you imagine this could work?

Feasel: It’s really important to read [the proposed bill]. If you look at most of the stimuli or incentives, they’re aimed at either efficiency or sustainability, which is great. We’re huge supporters of that. But resilience is not something that is really encouraged or incentivized financially today. What the Microgrid Act does is really allow resilience to be the centerpiece of the solution. Right now, when most distributed energy solutions are put in, the incentives come from putting in as much solar as you can. That’s great. And we all get some benefits from that. But the hardening process is done with the spare change. The Microgrid Act will put resilience front and center, and that will mean that more of these security solutions are put in. It will prioritize that instead of resilience being just an afterthought.

VentureBeat: Does everyone need to worry about resilience? Or is it something that we can dial up or down as required?

Feasel: Absolutely. It doesn’t necessarily make sense for everyone to pay for that high degree of resilience, because a datacenter or hospital needs much more resilience than maybe a home. The idea of a microgrid is that you can really dial that in. If resilience is uber important to you in your process, then you can put a solution in that solves for that. If it’s only moderately important, maybe pick up better sustainability options. Or take better cost savings. For me, it’s more about delivering a solution that is aligned [with] the business objectives of a facility or an entity.

VentureBeat: All of this flexibility can help the power users, right? Didn’t Microsoft put a couple of datacenters right next to the Columbia River Gorge?

Feasel: Data doesn’t quite travel at the speed of light because of latency and switches and things, but it’s still pretty fast. So you can move it. We’re massively in the datacenter business. It’s our biggest single segment here in North America. What’s interesting now is the decentralization of data. Everything’s moving to the edge. You start having a real need for local computing. This idea of a dramatically smaller datacenter at the edge is really proliferating. As you know, users do care about efficiency, they do care about sustainability, they care about resilience. And so, we’re often seeing microgrids as real viable ways to solve those problems. You can deliver that more resilient, more sustainable power than the grid is going to give.

VentureBeat: I know one guy who runs the computing infrastructure for a college near the Canadian border. He wants to put server farms in the basements of the buildings and heat them with the waste heat while selling the compute power at the same time.

Feasel: Absolutely. I’ll give you another example of a project that we worked on in the Netherlands. Wind farms take a lot of land, and then at the base go greenhouses that take electricity to run. It’s a nice little ecosystem. They can also put the edge compute together with the wind farm together with the greenhouse. They use the output of electricity from the windmill and the output of heat from the computers to grow plants.

VentureBeat: It’s a great example that ties this all together. A small, microgrid setup that’s paired with two industrial needs: computing and food. This shows how they can be put together in imaginative ways.

VentureBeat's mission is to be a digital town square for technical decision-makers to gain knowledge about transformative technology and transact.

Our site delivers essential information on data technologies and strategies to guide you as you lead your organizations. We invite you to become a member of our community, to access:

Rewards Packages Do Matter to Shoppers