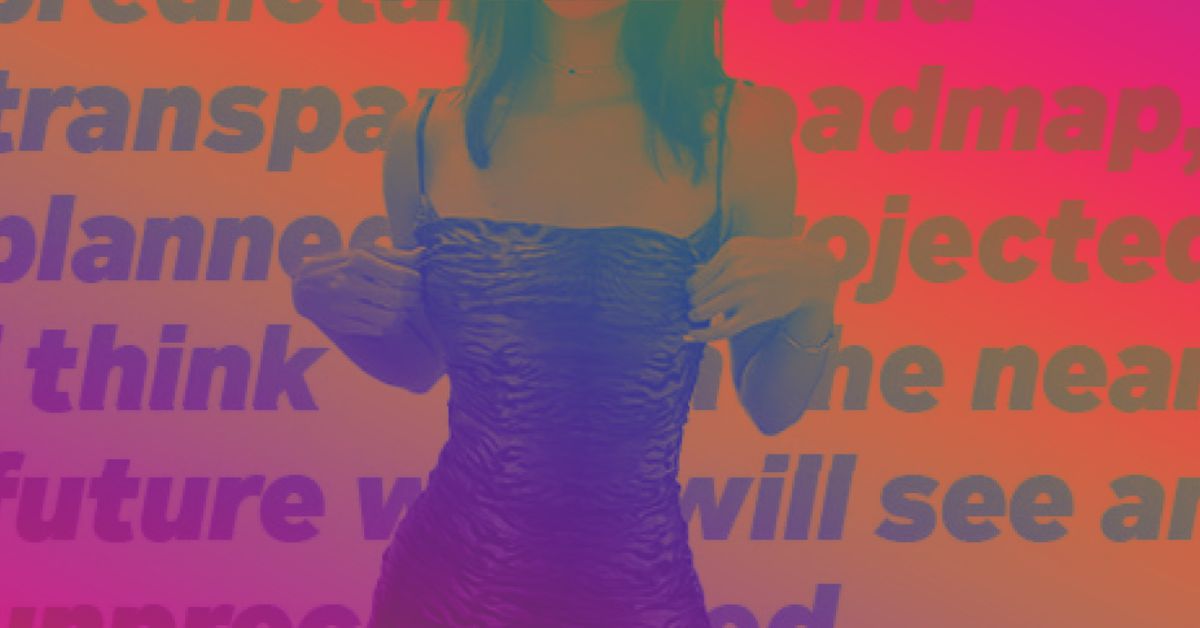 Apart, these are empty buzzwords. But together, they’re something more: S.I.M.P., an online commandment, and the meme at the heart of a new NFT project called IreneDAO, which has become a case study in how crypto is monetizing a certain kind of obsessive relationship between fans and content creators.

This article is excerpted from The Node, CoinDesk's daily roundup of the most pivotal stories in blockchain and crypto news. You can subscribe to get the full newsletter here.

Structurally, IreneDAO resembles most other pricey NFT collections: a limited set of pictures tied to tokens on the Ethereum blockchain, all sort of the same, but sort of different. DAO is short for “decentralized autonomous organization,” an online investment club based around cryptocurrency; the tokens grant buyers access to the DAO.

Each IreneDAO NFT features an image of the Singapore-based influencer Yuqing Irene Zhao, pasted onto a minty green background and flanked by popular crypto slogans. “Damp it,” reads one, referring to a meme about the late Bogdanoff brothers. “Have fun staying poor,” proclaims another.

Simp, of course, isn’t just an invented acronym. Merriam-Webster defines it (sorry) as “a stupid or foolish person,” sort of like a “simpleton.” But for a more precise definition of “simp” as it’s used in this context, we’re better off turning to Urban Dictionary, an online compendium of slang terms, which frames it as an explicitly gendered concept.

Online, it refers to a certain kind of hardcore fan (usually a man) who goes out of their way to lavish attention on the object of their fandom (usually a woman). It was originally used as an insult, since the psychology of “simping” can border on the obsessive, though simps have since attempted to reclaim the term.

That’s essentially what’s happening with IreneDAO, and one of the reasons the lowest listed price for any of these NFTs is now 1.35 ETH, or around $4,400. Logan Paul, the YouTuber turned amateur boxer, is among the investors as is the billionaire Mike Novogratz.

The images began as a sticker pack on the messenger app Telegram, as a way for Zhao and her business partner Benjamin Tang to generate buzz around the online “Irene” persona. SO-COL, short for “social collectibles,” is the formal name for Zhao and Tang’s business.

When the sticker pack took off, SO-COL decided to turn the images into an NFT collection.

Like so many other NFT projects and online get-rich-quick schemes, IreneDAO managed to capture lightning in a bottle. The rise of so-called meme stocks like GameStop and AMC set the stage for this sort of thing at the dawn of the 2020s, putting real value behind viral jokes. For Zhao and Tang, the self-conscious “simp” mentality is part of the brand.

Simp psychology has already proved lucrative for other influencers: a streamer named Belle Delphine famously sold her bath water to fans for $30 a jar, and Stephanie Matto recently caused a stir with her “fart-in-a-jar” NFTs, which she’s said can be redeemed for actual farts in actual jars. On the streaming platform Twitch, subscribers regularly tip their favorite gamers and commentators in the hope of getting an on-air shout-out.

Early adopters have the potential to both contribute to and themselves become critical icons in incipient onchain permissionless societieshttps://t.co/EEglXJ5JZ2

Those four words – simplicity, integrity, meaning, purpose – now a crucial part of SO-COL messaging, are meant to emphasize the absurdity of it all.

But even if the success of IreneDAO is absurd, it’s indicative of crypto’s ability to quickly capitalize on hype and turn fandom into cash. Belle Delphine announced her bath water sale in 2019, well before NFTs hit the mainstream; would she have done things differently in the NFT era?

“Stan culture” has normalized parasocial relationships between fans and celebrities, with a financial component crypto seems poised to magnify. Of course, fandoms could be exploited with or without an individual influencer’s permission, as this reasoned piece from Vice explains.

In the case of IreneDAO, though, things appear to have worked out. In a recent Q&A session on YouTube, Zhao explained that SO-COL could mark the beginning of a sort of “social finance,” or SocialFi, application. It could work a little like a social token, where fans purchase creator coins as a form of investment in a star’s popularity.

“Irene DAO is just a proof of concept for SO-COL,” she said, “because people [are] really skeptical about this fan economy, and whether it’s really gonna be bullish in the Web 3 ecosystem.”

It may collapse, as NFT projects often do. But as long as simps exist, and fans continue to shovel money toward influencers for a little attention, crypto will remain a tantalizing cash grab.