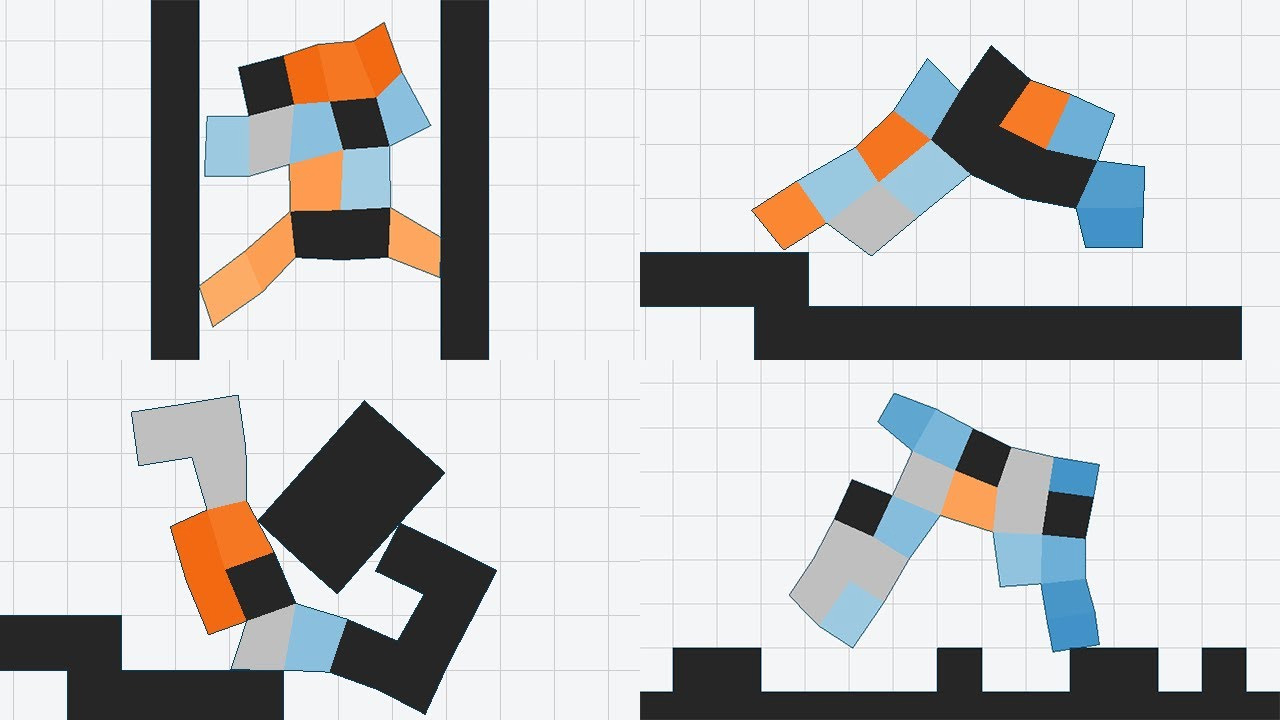 In their efforts to create smart robots, AI researchers have understandably tended to focus on the brains. But a group from MIT say AI can help us design better bodies for them too, and we should be doing both in parallel.

For a robot to solve a task, its brain and its body have to sync up perfectly to get the job done. That means that an effective AI controller that’s good at piloting one kind of body won’t necessarily work well for one that’s very different.

The standard approach is to simply design a robot body—either by hand or using AI design tools—and then train an AI to control it. But an even better solution is to carry out both processes simultaneously so that the control AI can give feedback on how changes to the body make it easier or more difficult to solve the problem.

This is known as co-design, and it’s not entirely new. But running these two optimization processes in parallel is very complicated, and it can take a long time to reach a useful solution. Because the design algorithm has to try out thousands of different configurations, the approach only works in simulation, and typically, researchers have to build a testing environment from scratch or heavily adapt existing robot training simulations.

All this takes a lot of work, which has led to most co-design environments focusing on a small number of simple tasks. And because most have been developed by separate groups, it’s not easy to compare results across them.

In an attempt to solve these problems, a team from MIT’s Computer Science and Artificial Intelligence Laboratory (CSAIL) has created a co-design simulator called Evolution Gym that allows researchers to test out their approaches on a wide range of tasks and terrains using a highly customizable robot design framework. The simulator has also been designed so that groups with fewer computing resources can still use it.

“With Evolution Gym we’re aiming to push the boundaries of algorithms for machine learning and artificial intelligence,” MIT’s Jagdeep Bhatia said in a press release. “By creating a large-scale benchmark that focuses on speed and simplicity, we not only create a common language for exchanging ideas and results within the reinforcement learning and co-design space, but also enable researchers without state-of-the-art compute resources to contribute to algorithmic development in these areas.”

For simplicity the simulator, which will be presented at the Conference on Neural Information Processing Systems this week, only works in two dimensions. The team has designed 30 unique tasks, which include things like walking, jumping over obstacles, carrying or pulling objects, and crawling under barriers, and researchers can also design their own challenges.

The environment allows design algorithms to build robots by linking together squares that can be soft, rigid, or actuators—essentially muscles that enable the rest of the robot to move. An AI system then learns how to pilot this body and gives the design algorithm feedback on how good it was at different tasks.

By repeating this process many times the two algorithms can reach the best possible combination of body layout and control system to solve the challenge.

To set some benchmarks for their simulator, the researchers tried out three different design algorithms working in conjunction with a deep reinforcement learning algorithm that learned to control the robots through many rounds of trial and error.

The co-designed bots performed well on the simpler tasks, like walking or carrying things, but struggled with tougher challenges, like catching and lifting, suggesting there’s plenty of scope for advances in co-design algorithms. Nonetheless, the AI-designed bots outperformed ones design by humans on almost every task.

Intriguingly, many of the co-design bots took on similar shapes to real animals.  One evolved to resemble a galloping horse, while another, set the task of climbing up a chimney, evolved arms and legs and clambered up somewhat like a monkey.

The simulator has been open-sourced and is free to use, and the team’s hope is that other researchers will now come and try out their co-design algorithms on the platform, which will make it easier to compare results.

“Evolution Gym is part of a growing awareness in the AI community that the body and brain are equal partners in supporting intelligent behavior,” the University of Vermont’s Josh Bongard said in the press release. “There is so much to do in figuring out what forms this partnership can take. Gym is likely to be an important tool in working through these kinds of questions.”