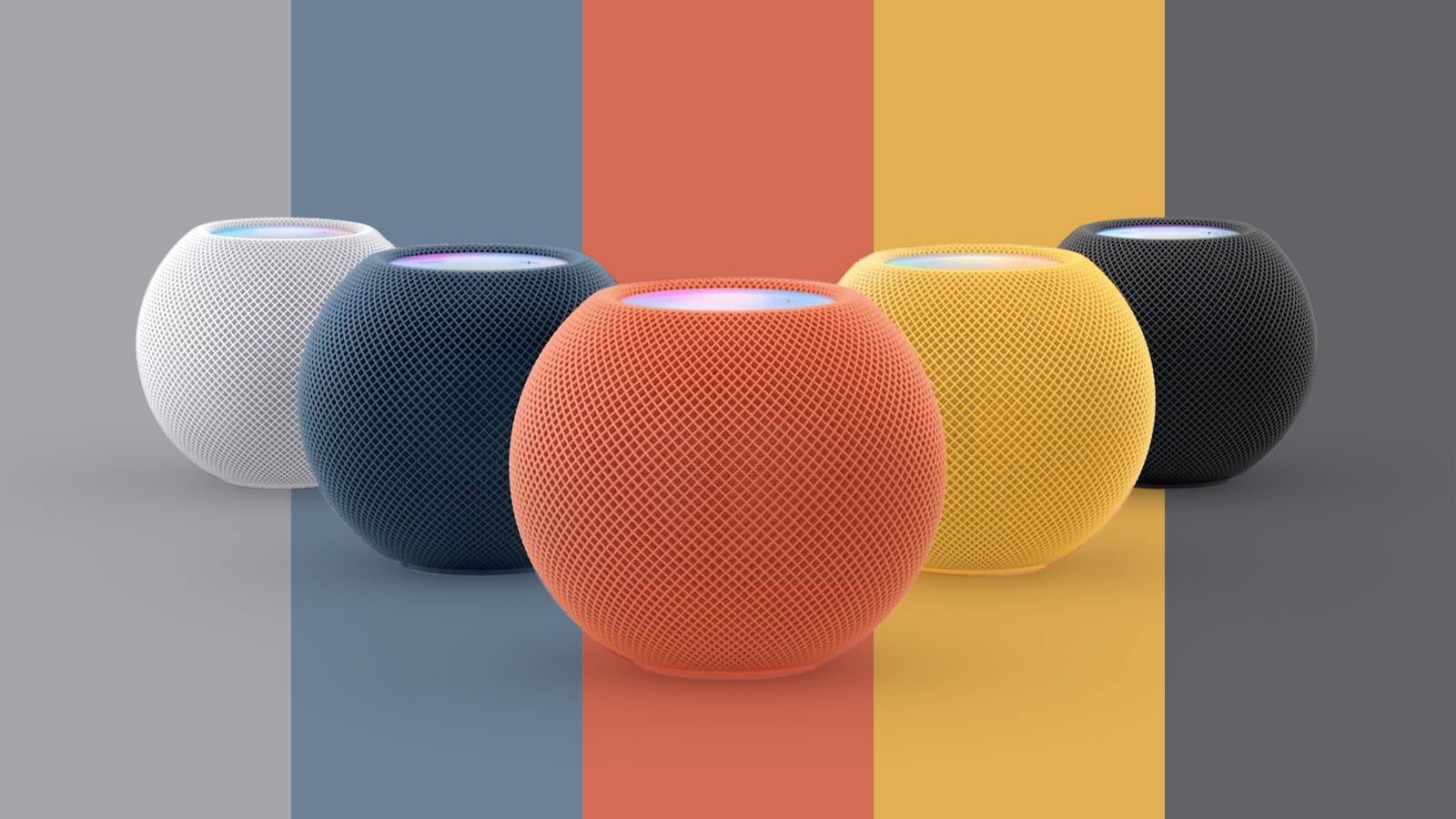 Apple today made the HomePod mini available to order in yellow, orange, and blue in Australia and New Zealand, several weeks after the new colors were released in the United States, Canada, China, Hong Kong, Japan, and Taiwan.

The new yellow, orange, and blue models all have color-matched woven power cables, but there's still a white Apple sticker in the box, along with a 20W USB-C power adapter. There are no other changes to the HomePod mini beyond the new colors, and pricing remains $149 in Australia and $159 in New Zealand, including sales tax.

Apple says the new colors will also be released in Austria, France, Germany, India, Ireland, Italy, Spain, and the UK by the end of November, and indeed some of Apple's online stores in these regions are already taking orders, with shipping in the UK being offered as early as this Thursday and in-store pickup from Friday.

The new colors can be ordered on Apple.com or using the Apple Store app in both Australia and New Zealand with a 1-3 business days shipping estimate. Apple Store pickup is also an option in Australia, but there are no Apple Store locations in New Zealand.

Apple today announced that the new HomePod mini colors, including yellow, orange, and blue, are now available to order on Apple.com and in the Apple Store app in the United States, Canada, and Mexico. The new colors are also available for same-day pickup at select Apple Store locations in the United States and Canada. The new HomePod mini colors will also be available to order in China, Hong …

At its “Unleashed” event last month, Apple announced that the HomePod mini would be available in three new colors starting in November, including yellow, orange, and blue. Image Credit: Brian Tong The first real-world photos and videos of the new HomePod mini colors were shared today, providing a closer look at the yellow, orange, and blue models, which all have color-matched woven power…

At its “Unleashed” event last week, Apple announced that the HomePod mini will be available in three new colors starting in November, including yellow, orange, and blue. The new colors will be sold alongside the existing space gray and white options. Apple has yet to provide a specific release date for the new colors, but in Europe and India, the timeframe is slightly narrowed down….

Apple this week made the HomePod mini available to order in New Zealand, with pricing set at $159 including tax. Available in Space Gray and White, the speaker currently faces a 2-3 weeks shipping estimate in the country. Apple confirmed the HomePod mini would be launching in additional countries during its WWDC keynote earlier this month. The speaker became available to order in Austria and …

Apple has removed all references to the original, full-sized HomePod from its website, months after officially discontinuing the smart speaker that struggled to reach mainstream adoption. The removal of references to the original HomePod came as a result of brand new changes to Apple's website. With the new changes, Apple now only highlights the HomePod mini, which now comes in brand new…

Deals: Get $25 Off HomePod Mini Today at Walmart [Update: Out of Stock]

Walmart today has a rare deal on Apple's HomePod mini, priced at $74.17, down from $99.00. This sale is only available in the White color. Note: MacRumors is an affiliate partner with some of these vendors. When you click a link and make a purchase, we may receive a small payment, which helps us keep the site running. The HomePod mini is shipped and sold directly by Walmart, and it's in…

After releasing tvOS 15.1.1 for the Apple TV HD and Apple TV 4K yesterday, Apple today introduced a new 15.1.1 software update designed for the HomePod. According to Apple's release notes for the update, it addresses a problem that could cause podcasts to fail to play on the HomePod and HomePod mini. ‌‌‌‌‌‌HomePod‌‌‌‌‌‌‌ software is installed automatically on the …

Apple last month announced that the HomePod mini would be made available in several new countries in June. Now, less than a month later, the HomePod mini has officially launched in Austria and Ireland, and is listed as “available in June” in New Zealand, suggesting availability in the next couple of weeks. The HomePod mini is the follow-up to the original HomePod released in 2018. The…

Apple today announced that the HomePod mini will be launching in additional countries in June, including Austria, New Zealand, and Ireland. Pricing is set at €99 in Austria and Ireland, and $159 in New Zealand, with the usual space gray and white color options. HomePod mini first launched in October 2020 in the United States, Australia, Canada, France, Germany, Hong Kong, India, Japan,…

FaZe Clan companions with MoonPay on crypto and NFTs for esports