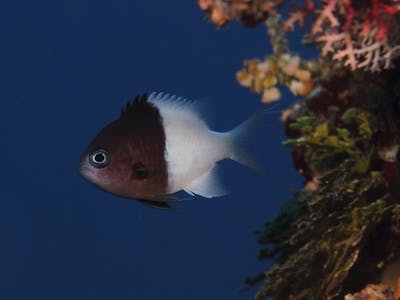 Researchers at Oregon State University and various conservation, environmental, and research establishments nationwide have turned machine learning to bear on fish identification — by listening to their calls.

Led by Jill Munger, an avid scuba diver, the team's research centered on finding a way to quickly analyze acoustic data gathered by hydrophones — underwater microphones. With 18,000 hours of data, gathered over a 39-month period from a 12-station hydrophone system, simply listening to the audio to find fish calls — in particular the sound made by damselfish, which grind their teeth to make pops, clicks, and chirps — wasn't going to work.

Ecologists have a new tool: Machine learning for the recognition of “fish calls.” (📷: Munger et al)

“This is such a slow and tedious process,” Munger recalls thinking. “I have all this data, and I am just looking at a tiny, tiny portion of it. What’s happening in all the other parts that I haven’t had a chance to listen to?”

Speaking to her brother Daniel Herrara, a machine learning engineer, a plan was born: Manually identify 400 to 500 damelfish calls, then create a machine learning model that can find the rest — with, the team found, a 94 percent accuracy rate at distances of up to 200m (around 650 feet) — twice the distance between the hydrophone network and its nearest reef system.

“We built a machine learning model on a relatively small set of training data and then applied it to an enormous set of data,” Munger explains. “The implications for monitoring the environment are huge.

The data comes from a network of hydrophones, which record audio underwater. (📷: Oregon State University)

“The benefit to observing fish calls over a long period of time is that we can start to understand how it's related to changing ocean conditions, which influence our nation’s living marine resources. For example, damselfish call abundance can be an indicator of coral reef health.”

The team's work has been published under open-access terms in the journal Marine Ecology Progress Series.