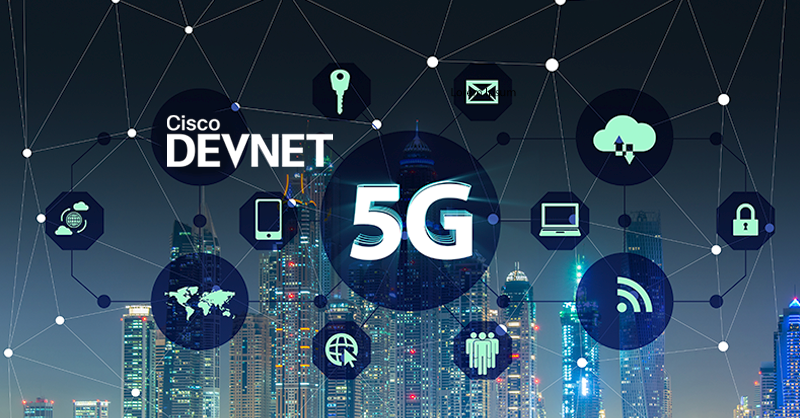 Today, enterprises use Wi-Fi as their main wireless access network indoors, and VPNs and borderless connections over cellular networks for mobile workers and assets. With digitization & automation, enterprises are discovering the limits of Wi-Fi for fixed and public cellular access technologies. Industry 4.0 requires the highest levels of resiliency, low latency, and security.

5G networks are the next generation of mobile internet connectivity. They offer faster speeds, shorter delays, and hence more reliable connections. 5G speed ranges from 100 Mbps to 20 Gbps (up to a thousand times faster than 4G LTE), with average download speeds of around 1Gbps. This means heavyweight content – such as video and self-driving cars – should travel much more quickly to connected devices. 5G could also be an alternative way of providing broadband internet access to homes and business via fixed wireless access – i.e., wireless mobile network technology rather than fixed lines. With respect to delay, 5G is expected to cut the average network delay by 75%, from 40 msec in 4G to 10 msec for enhanced mobile broadband applications. Again, this is important for heavyweight applications such as video, virtual reality, and self-driving vehicles. 5G networks will operate in a high-frequency band of the wireless spectrum, between 28 and 60 GHz. This range is known as the milli-meter wave (mmWave) spectrum. The sub-6 GHz range that LTE utilizes will also be used.

Cisco believes that 5G NR (New Radio) and 5G core will play an important role in providing the required capacity along with security and reliability in a future proof network ready for many enterprise use cases. 5G networks will also help power a growth in Internet of Things (IoT), providing the infrastructure needed to connect millions of devices and transport larger amounts of data through NB-IoT technology for IoT light devices and 5G connections for IoT heavy devices.

5G radio interface between User Equipment (UE) and Base Station (gNB) is called New Radio (NR), while core network is referred to as 5GCN. The new radio network will connect to 5GCN. At the same time 5GCN can serve LTE as well and moreover NR can be served by LTE core network (EPC) if operating in so-called Non-Standalone (NSA) mode. Figure 1 shows network architecture (just key nodes and its interfaces illustrated) in case of NR and 5GCN.

UPF – User Plane Function, is a gateway between RAN and the Internet. This node routes and forwards data packets. AMF – Access and Mobility Management, is responsible for signaling between UE and Core Network, authentication and security, and idle mode procedures. Some further details about NR interface are described in the following sections.

5G is being standardized by 3GPP (the Third-Generation Partnership Project). An initial version of 5G specifications was available in 2017 as a part of Release 15. (3GPP also works on the LTE specification, and both technologies will be developed further in parallel.) After that, it was updated several times as the initial version had several items for further study. Compared to LTE, 5G provides higher data rates, lower latency, and can serve far more users (see more about 5G requirements). Based on all of that, it can support new services. Key 5G technics and building blocks to meet new, extremely high requirements are described below.

Cisco’s advanced and managed services have been used traditionally to deploy and manage new solutions. SaaS (Software as a Service) exposes Cisco products via APIs, allowing enterprises to customize their implementation demands with minimum interactions with deployment teams. However, “as a Service” for packet core networks are absent or limited. An example of “aaS” are the Meraki Wi-Fi products, where enterprises do the onboarding, provisioning, and monitoring through codes on the on-prem products. “As a service” should enable enterprises to operate and monitor various services.

DevNet supports phase I of 5GaaS under IoT at Cisco IoT Center:  The Center is being enhanced to reflect the latest release as reflected in Cisco IoT Connectivity Management Platform Application Programming Interface User Guide, Operator Essential and Advantage. This includes the support for:

Subsequent phases of support within DevNet will expand how organizations can optimize the use of 5G services in their solutions. Initially, IoT data transfers, occurring between edge routing devices and centralized storage and compute platforms, can be greatly improved using 5G and connectivity hand offs with service providers and enterprise networks. In addition, identifying when handing off client connectivity between 5G and Wi-Fi is optimal for application development.

Over the course of the evolution and adoption of 5G globally, expect DevNet to provide developer how-to, sandboxes, and content that will allow IT-Ops and application developers to realize the full capability of this expanding technology.

Turn into a Hero with Cisco Block Belt Academy

Artwork basis in Oregon is a inexperienced area for creating