FlexPod Datacenter & SQL Server: A Championship Crew Will get Higher! 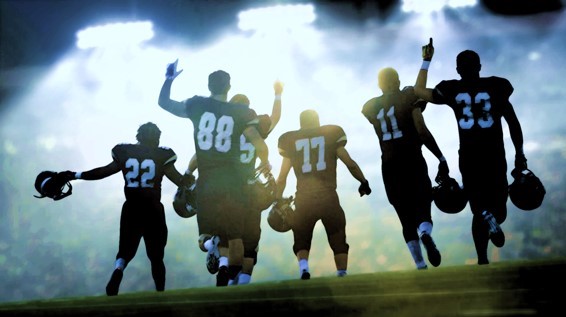 Betting on the GOAT

The date was March 20, 2020.  On that day Superbowl quarterback Tom Brady announced he would join the Tampa Bay Buccaneers.  Tampa Bay was already a championship caliber team, but with Tom joining the 2021 Superbowl title was all but assured.  The same could be said for a Converged Infrastructure called FlexPod Datacenter (Cisco Servers with NetApp storage) and the level of success it has enjoyed hosting Microsoft SQL Server over the past decade.

SQL remains one of the top workloads that customers globally select FlexPod Datacenter as their system infrastructure to meet today needs and tomorrow’s challenges.  The compute “player” on this team is a Cisco chassis the X5108 that has housed 5 generations of blade servers (B200 M1 thru B200 M5), but on April 6, 2021, a 6th generation blade was introduced.  The B200 M6 uses the 3rd generation of Intel® Scalable Xeon™ processors delivering the highest level of performance – just like Tom Brady!  FlexPod Datacenter – SQL Server with this new player are all but assured of delivering new levels of performance.  Time for some practice!

Lab vs. the Field

For Cisco and NetApp, our practice is done in a Cisco lab as opposed to a football field.  In the lab we set up the latest FlexPod Datacenter design using the new B200 M6 blades and a NetApp AFF 800 storage array.  We setup the VMware vSphere ESXi hypervisor and over time we setup each virtual machine with a copy of the SQL Server 2019 database and ran some performance tests.  One example, is this 5 virtual machine server characterization.

The tests were repeated with four B200 M6 servers in the cluster.  As you might have guessed, the performance was superior.  The total Read Latency is shown as the yellow line and the Write Latency as the blue line.  For additional details, please see the whitepaper: Deploy FlexPod Datacenter for Microsoft SQL Server 2019 with VMware 7.0 on Cisco UCS B200 M6 and NetApp ONTAP 9.8

Every championship team needs a great coach/manager, for FlexPod Datacenter we have the Cisco Intersight platform!

The Cisco Intersight cloud-based infrastructure management platform is delivered as a service with embedded analytics for your Cisco and third-party IT infrastructure. This platform offers an intelligent level of management that enables IT organizations to analyze, simplify, and automate their environments that are geographical dispersed around the world through a single management interface pane.

It is clear that current FlexPod Datacenter customers should look to add the B200 M6 server and Cisco Intersight to help raise their level of play within the data center; and, when combined with the NetApp AFF 800 storage array for SQL Server this team will remain at a championship level for years to come.