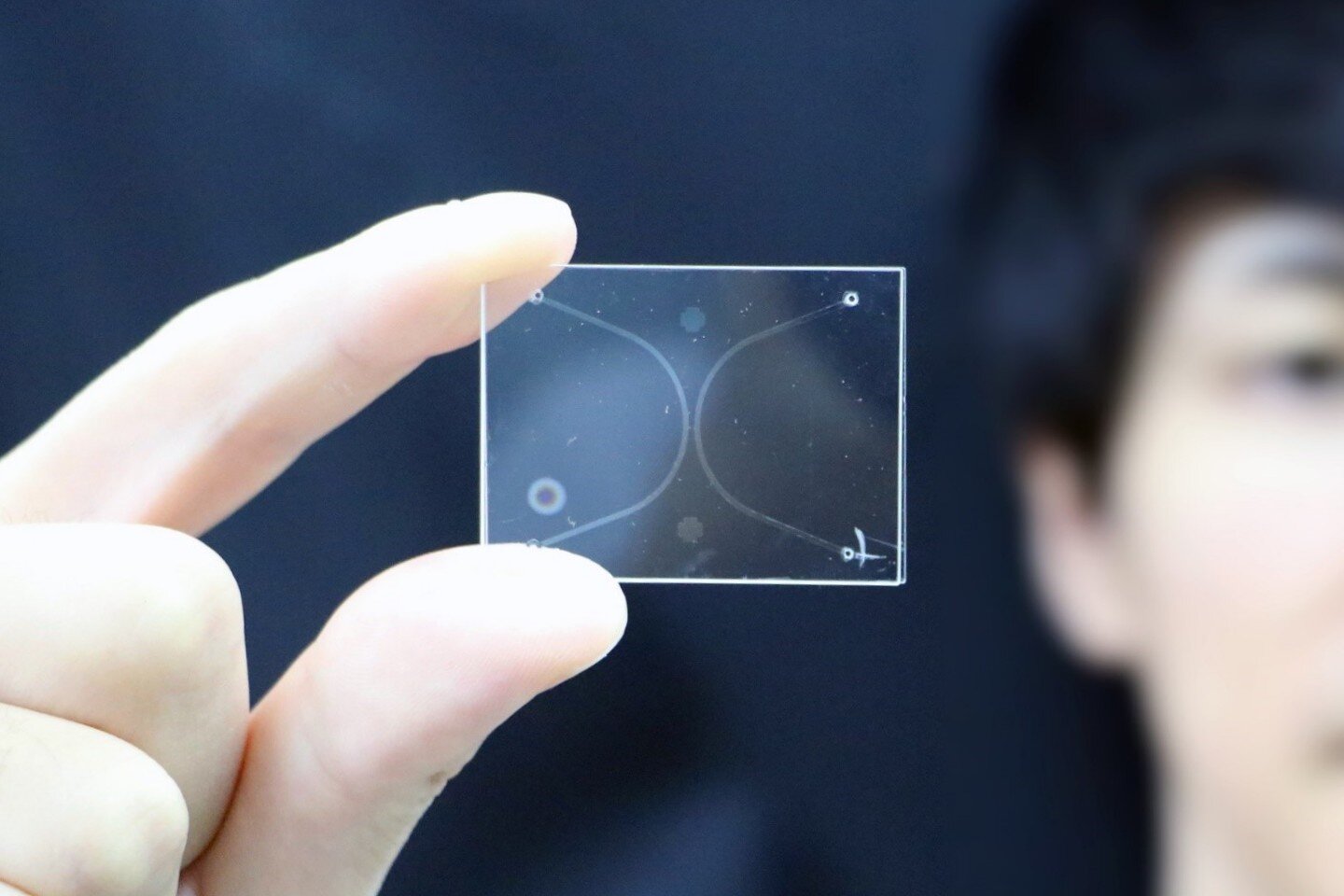 When liquid meets gas, a unique zone forms. Variable by nature, molecules can cross from one state to another, combining in unique ways to either desirable or unwanted ends. From heat escaping a mug of coffee to increasing molecular concentrations in chemical solutions, gas-liquid interfaces are ubiquitous across nature and engineering. But a lack of tools capable of precisely controlling such gas-liquid interfaces limit their applications—until now.

Researchers based at Osaka Prefecture University have developed the first controllable gas-liquid interface at the nanoscale. They published their design and experimental results on October 14 in Nano Letters.

“Whether it's engineered or occurs in nature, gas-liquid interfaces play an important role in numerous chemical and biological processes,” said paper author Yan Xu, associate professor of chemical engineering in the Graduate School of Engineering at Osaka Prefecture University. “Nanoscale gas-liquid interfaces have been randomly generated in carbon nanotubes and porous membranes, for example, but fabricating controllable, nanoscale versions is still challenging because nanofluidic channels are too small to make use of conventional approaches to surface control.”

While microfluidic devices can be made from a variety of materials, nanofluidic devices require a glass substrate. According to Xu, glass properties, such as optical transparency, thermal stability and mechanical robustness, make it a favorable material for applications in a wide range of disciplines and an ideal material in nanofluidics.

While hydrophilic in nature, glass can be made hydrophobic, a technique used in surface modification to help stop molecules in the sample liquid from bonding to molecules in the glass. The researchers also made glass nanochannels—which are roughly the width of 1/1,000 a sheet of paper —with hydrophilic gold nanopatterns precisely placed to locally attract liquid molecules at the entrance of nanochannels. The gold nanopatterns were fabricated using a technique called “Nano-in-Nano” integration, which was developed by the researchers and allows for precise patterning of much smaller functional nanopatterns in the tiny nanofluidic channels.

The resulting fabricated nanofluidic device is a little larger than a postage stamp and not much thicker. The size-varied nanochannels, invisible to the human eye, sit in the center, sandwiched between a liquid introduction system shaped like two horseshoes.

To test the hydrophobic treatment, the researchers pushed water into the wider, one-dimensional (1D) nanochannels. In non-treated channels, water will wick along into the narrower, two-dimensional (2D) nanochannels using the same force that lets plants distribute water from its roots to its leaves without any external pressure.

“In contrast, we observed that water flow stopped at the entrance of the 2D nanofluidic channels up to an external pressure of 400kPa,” Xu said. That's about the force equivalent of the average water pressure from a home faucet. Beyond that pressure, the researchers found water would breach the nanofluidic channels.

The test validated the engineered hydrophobic nature of the channels, so the researchers next filled the channels with ethanol aqueous solution at high pressure and then used air to remove liquid from the left channel, creating a gas-liquid interface. Under zero pressure, the interface traveled to the 2D nanochannel entrances and uniformly stopped at the hydrophilic gold nanopatterns, holding for over an hour. Under some external pressure, the interface could be transported along the nanofluidic channels.

With the stability of the nanoscale gas-liquid interface confirmed, the researchers also successfully tested the ability to concentrate molecules of interest in the nanoscale interface.

The researchers plan to further develop chip-based analytical and diagnostic devices capable of separating, concentrating and detecting biological matter, such as viruses or biomarkers, from extremely small samples.

This document is subject to copyright. Apart from any fair dealing for the purpose of private study or research, no
part may be reproduced without the written permission. The content is provided for information purposes only.