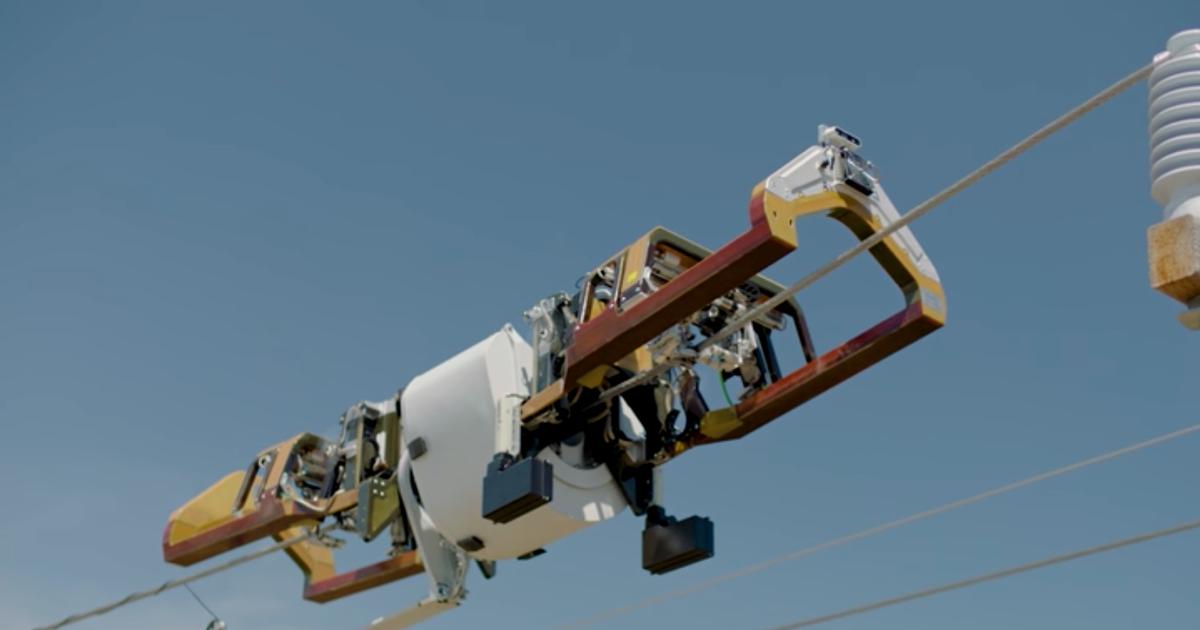 Although fiber optic internet cable has many advantages over metal cable, it frequently has to be distributed underground – this limits its usability. Facebook, however, has developed a robot that could wrap the cable around existing power lines.

Among other things, fiber optic cable allows for higher bandwidth than metal cable, along with faster speed, longer transmission distances and stronger security. And while it sometimes is distributed above-ground via existing power line poles, factors such as exposure to wind, ice and temperature extremes may cause it to sag and eventually break over time.

For this reason, most companies and municipalities prefer to place it underground. Doing so, however, involves digging trenches throughout the city, laying the fiber optic cable inside those trenches (either directly, or within a conduit) and then filling them back in. This is an expensive, disruptive and labor-intensive process, which simply isn't feasible in many parts of the world.

That's where Facebook Connectivity's Bombyx robot is intended to come in.

Taking its name from the Latin word for “silkworm,” the device is designed to autonomously crawl along existing medium-voltage power lines, winding a continuous length of fiber optic cable around them as it does so. Plans call for it to ultimately be capable of installing over one kilometer (0.6 miles) of cable within about 90 minutes, utilizing machine vision sensors to automatically make its way around “dozens of intervening obstacles” such as insulators. The functional prototype currently has to be manually guided around obstacles by remote control.

Unfortunately, a 1-km reel of regular aerial fiber optic cable is too heavy to be hanging in one place (within the robot) on a typical power line. For that reason, Bombyx uses a special type of cable that incorporates a lighter-weight braided Kevlar cladding, and that drops the optical fiber count from the traditional 96 down to 24. According to Facebook, this should still be sufficient to serve all of the homes and businesses through which each power line passes. Additionally, the new cable features a special heat-resistant outer jacket – this protects it from being melted or stretched by the high temperatures which power lines often reach.

Although Bombyx is still in development, Facebook Connectivity has already licensed the technology to high-speed internet company NetEquity Networks. The robot can be seen in action on YouTube.

Canada's Hydro-Quebec public utility company, incidentally, has recently developed a line-crawling robot of its own, for the automated inspection of power lines.