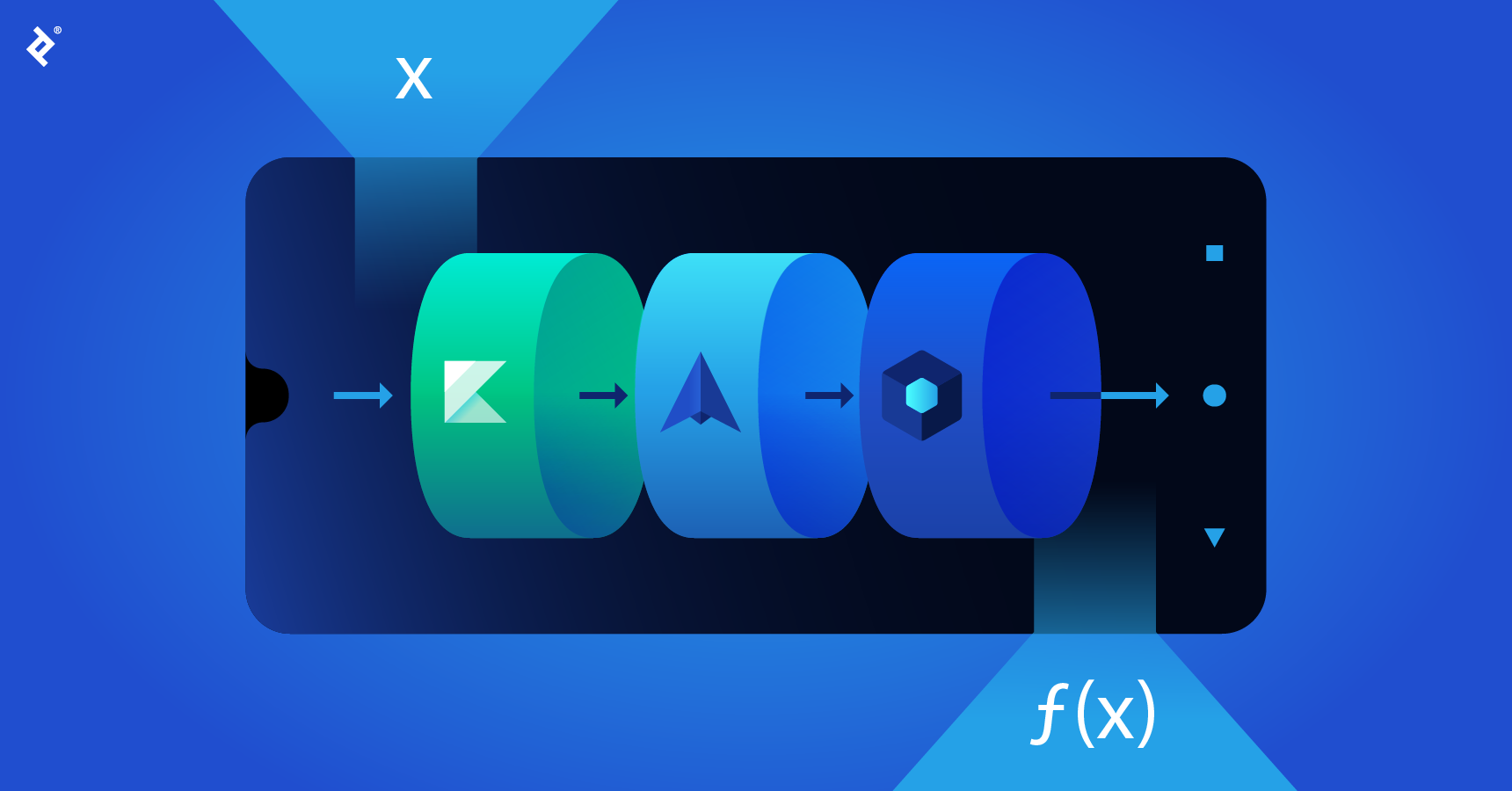 Functional reactive programming (FRP) is a paradigm that combines the reactivity from reactive programming with the declarative function composition from functional programming. It simplifies complex tasks, creates elegant user interfaces, and manages state smoothly. Due to these and many other clear benefits, the use of FRP is going mainstream in mobile and web development.

That doesn’t mean understanding this programming paradigm is easy—even seasoned developers may wonder: “What exactly is FRP?” In Part 1 of this tutorial, we defined FRP’s foundational concepts: functional programming and reactive programming. This installment will prepare you to apply it, with an overview of useful libraries and a detailed sample implementation.

This article is written with Android developers in mind, but the concepts are relevant and beneficial to any developer with experience in general programming languages.

Getting Started with FRP: System Design

The FRP paradigm is an endless cycle of states and events: State -> Event -> State' -> Event' -> State'' -> …. (As a reminder, ', pronounced “prime,” indicates a new version of the same variable.) Every FRP program starts with an initial state that will be updated with each event it receives. This program includes the same elements as those in a reactive program:

There are a variety of Android libraries and tools that can help you get started with FRP, and that are also relevant to functional programming:

Let’s see an example of FRP at work in an Android app. We’ll create a simple app that converts values between meters (m) and feet (ft).

For the purposes of this tutorial, I’m only covering the portions of code vital to understanding FRP, modified for simplicity’s sake from my full converter sample app. If you want to follow along in Android Studio, create your project with a Jetpack Compose activity, and install Arrow and Ivy FRP. You will need a minSdk version of 28 or higher and a language version of Kotlin 1.6+.

Let’s start by defining the state of our app.

Our state class is fairly self-explanatory:

Next, we need to handle the user input as an event.

We defined ConvEvent as a sealed class to represent the user input:

Now, we will continue with our view model.

Before analyzing the implementation, let’s break down a few objects specific to the Ivy FRP library.

FRPViewModel<S,E> is an abstract view model base that implements the FRP architecture. In our code, we need to implement to following methods:

updateState and thenInvokeAfter are helper methods shown in the next code snippet; they will be used in our remaining view model code.

Our view model also contains function implementations for setting our conversion type and value, performing the actual conversions, and formatting our end result:

With an understanding of our Ivy FRP helper functions, we’re ready to analyze the code. Let’s start with the core functionality: convert. convert accepts the state (ConvState) as input and produces a function that outputs a new state containing the result of the converted input. In pseudocode, we can summarize it as: State (ConvState) -> Value (Float) -> Converted value (Float) -> Result (Option<String>).

The Event.SetValue event handling is straightforward; it simply updates the state with the value from the event (i.e., the user inputs a number to be converted). However, handling the Event.SetConversionType event is a bit more interesting because it does two things:

Using the power of composition, we can use the convert: State -> State function as input for other compositions. You may have noticed that the code demonstrated above is not pure: We’re mutating protected abstract val _state: MutableStateFlow<S> in FRPViewModel, resulting in side effects whenever we use updateState {}. Completely pure FP code for Android in Kotlin isn’t feasible.

Since composing functions that aren’t pure can lead to unpredictable results, a hybrid approach is the most practical: Use pure functions for the most part, and make sure any impure functions have controlled side effects. This is exactly what we’ve done above.

Our final step is to define our app’s UI and bring our converter to life.

Our app’s UI will be a bit “ugly,” but the goal of this example is to demonstrate FRP, not to build a beautiful design using Jetpack Compose.

Our UI code uses basic Jetpack Compose principles in the fewest lines of code possible. However, there’s one interesting function worth mentioning: FRP<ConvState, ConvEvent, ConverterViewModel>. FRP is a composable function from the Ivy FRP framework, which does several things:

Here’s how the FRP function is implemented in the Ivy FRP library:

You can find the full code of the converter example in GitHub, and the entire UI code can be found in the UI function of the ConverterScreen.kt file. If you’d like to experiment with the app or the code, you can clone the Ivy FRP repository and run the sample app in Android Studio. Your emulator may need increased storage before the app can run.

The Toptal Engineering Blog extends its gratitude to Tarun Goyal for reviewing the code samples presented in this article.