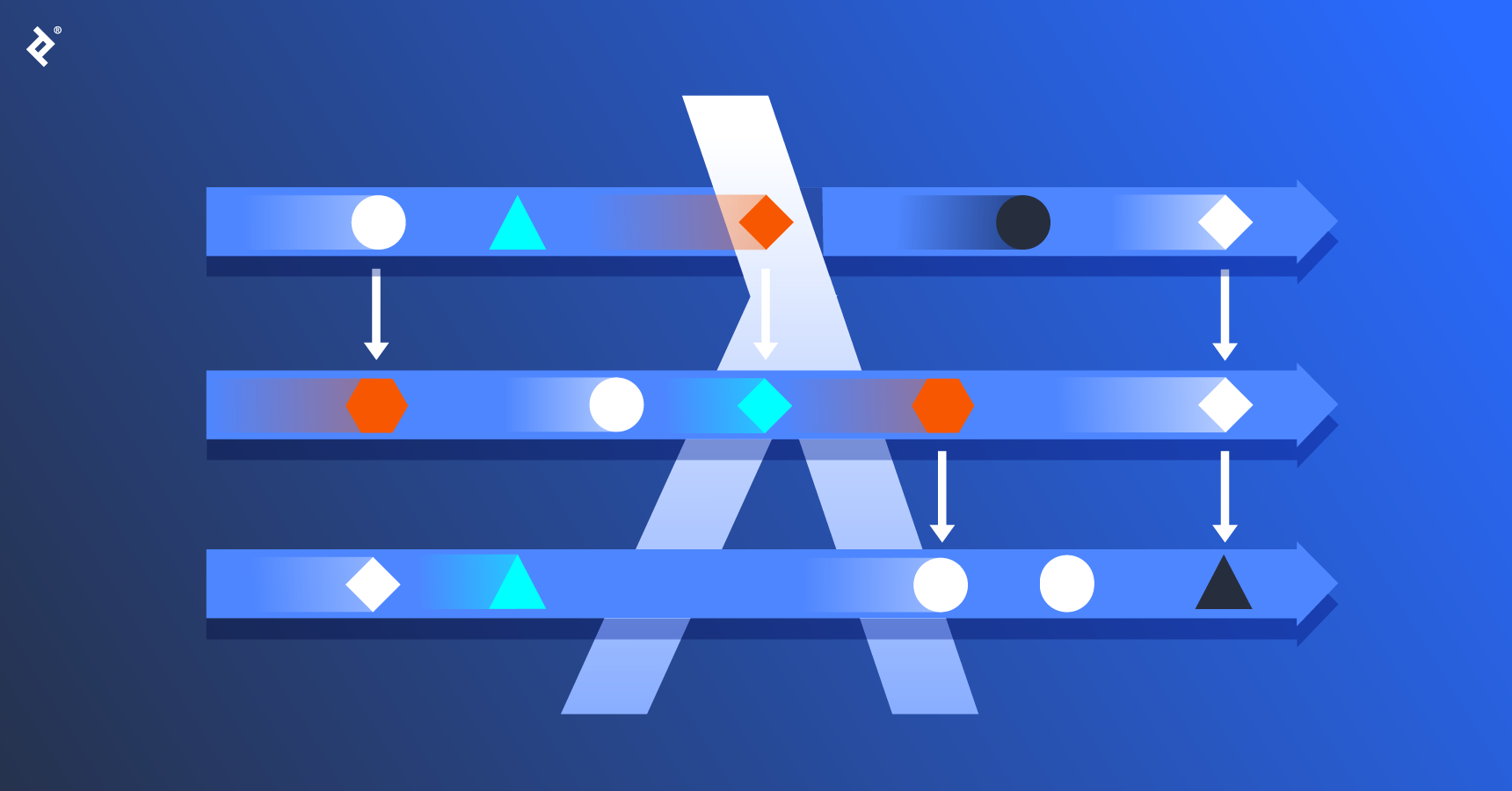 Writing clean code can be challenging: Libraries, frameworks, and APIs are temporary and become obsolete quickly. But mathematical concepts and paradigms are lasting; they require years of academic research and may even outlast us.

This isn’t a tutorial to show you how to do X with Library Y. Instead, we focus on the enduring principles behind functional and reactive programming so you can build future-proof and reliable Android architecture, and scale and adapt to changes without compromising efficiency.

This article is written with Android developers in mind, but the concepts are relevant and beneficial to any developer with experience in general programming languages.

FP originates from mathematics, specifically lambda calculus, a logic system of function abstraction. Instead of OOP concepts such as loops, classes, polymorphism, or inheritance, FP deals strictly in abstraction and higher-order functions, mathematical functions that accept other functions as input.

In a nutshell, FP has two major “players”: data (the model, or information required for your problem) and functions (representations of the behavior and transformations among data). By contrast, OOP classes explicitly tie a particular domain-specific data structure—and the values or state associated with each class instance—to behaviors (methods) that are intended to be used with it.

We will examine three key aspects of FP more closely:

A good starting place to dive into the FP world further is Haskell, a strongly typed, purely functional language. I recommend the Learn You a Haskell for Great Good! interactive tutorial as a beneficial resource.

The first thing you’ll notice about an FP program is that it’s written in declarative, as opposed to imperative, style. In short, declarative programming tells a program what needs to be done instead of how to do it. Let’s ground this abstract definition with a concrete example of imperative versus declarative programming to solve the following problem: Given a list of names, return a list containing only the names with at least three vowels and with the vowels shown in uppercase letters.

We will now analyze our imperative solution with a few key development factors in mind:

Our example solution illustrates how complex imperative code might look, although you could improve the code by refactoring it into smaller functions.

Now that we understand what declarative programming isn’t, let’s unveil our declarative solution in Kotlin:

Using the same criteria that we used to evaluate our imperative solution, let’s see how the declarative code holds up:

As an added positive, our declarative solution is purely functional: Each function in this example is pure and has no side effects. (More about purity later.)

Let’s take a look at the declarative implementation of the same problem in a purely functional language like Haskell to demonstrate how it reads. If you’re unfamiliar with Haskell, note that the . operator in Haskell reads as “after.” For example, solution = map uppercaseVowels . filter hasThreeVowels translates to “map vowels to uppercase after filtering for the names that have three vowels.”

This solution performs similarly to our Kotlin declarative solution, with some additional benefits: It is readable, simple if you understand Haskell’s syntax, purely functional, and lazy.

Declarative programming is useful for both FP and Reactive Programming (which we will cover in a later section).

If your Android code doesn't read like a sentence, you're probably doing something wrong.

Every imperative solution can be translated into a declarative one by decomposing the problem into smaller problems, solving them independently, and recomposing the smaller solutions into the final solution through function composition. Let’s look at our names problem from the previous section to see this concept in action. Our smaller problems from the imperative solution are:

This example is a bit more complicated than a simple $A rightarrow B rightarrow C$ formula, but it demonstrates the principle behind function composition.

Function composition is a simple yet powerful concept.

When composing functions, you can pass not only data but also functions as input to other functions—an example of higher-order functions.

There is one more key element to function composition that we must address: The functions you compose must be pure, another concept derived from mathematics. In math, all functions are computations that always yield the same output when called with the same input; this is the basis of purity.

Let’s look at a pseudocode example using math functions. Assume we have a function, makeEven, that doubles an integer input to make it even, and that our code executes the line makeEven(x) + x using the input x = 2. In math, this computation would always translate to a calculation of $2x + x = 3x = 3(2) = 6$ and is a pure function. However, this is not always true in programming—if the function makeEven(x) mutated x by doubling it before the code returned our result, then our line would calculate $2x + (2x) = 4x = 4(2) = 8$ and, even worse, the result would change with each makeEven call.

Let’s explore a few types of functions that are not pure but will help us define purity more specifically:

With these definitions in mind, we can define pure functions as total functions with no side effects. Function compositions built using only pure functions produce more reliable, predictable, and testable code.

Purity is the final ingredient required for the functional programming paradigm.

With our overview of functional programming completed, let’s examine the next component of future-proof Android code: reactive programming.

The basic elements in a reactive programming cycle are events, the declarative pipeline, states, and observables:

There are many definitions and implementations of reactive programming. Here, I have taken a pragmatic approach focused on applying these concepts to real projects.

Functional and reactive programming are two powerful paradigms. These concepts reach beyond the short-lived lifespan of libraries and APIs, and will enhance your programming skills for years to come.

The Toptal Engineering Blog extends its gratitude to Tarun Goyal for reviewing the code samples presented in this article.