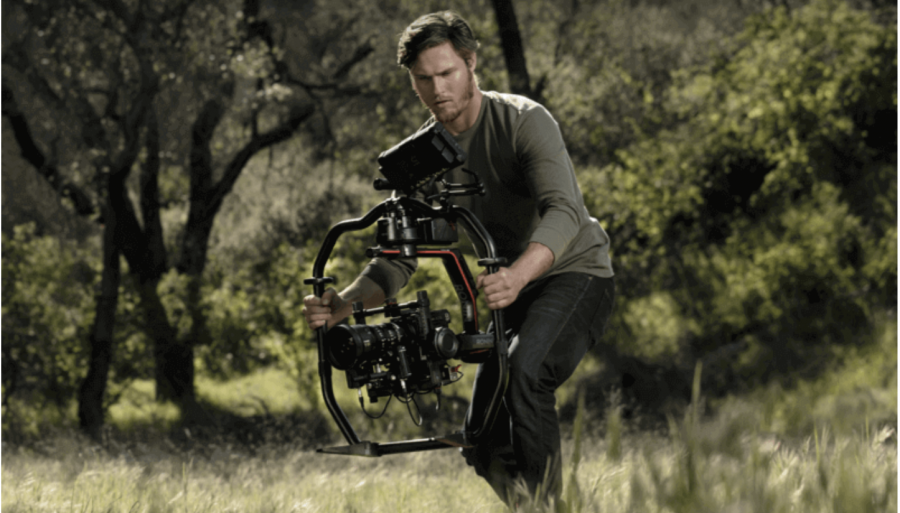 It’s going to be a huge set of upcoming weeks for DJI, as the Chinese drone manufactured has scheduled three new product launches in a 3-week period across the end of October and into early November.

First up on Wednesday, Oct. 20, 2021 comes an event dubbed “Here’s to the Dreamers.” This will be a live event held at 9 a.m. ET. that can be streamed live at dji.com. All we know for certain is that DJI will drop a DJI Pro product.

The next Wednesday, Oct. 27, 2021 comes the second launch. The third and final launch of this series of pre-holiday season drops is set for Friday, Nov. 5, 2021.

What can we expect to see during DJI’s 2021 product launches?

DJI has kept pretty mum on their 2021 product launches. That said, there are some things we hope to see — and they’re founded on legitimate theories — no blue sky dreaming here.

DJI outright told us that its first drop in the series will be a “DJI Pro product,” and it’s likely that it’ll expand on DJI’s Ronin line, which is a set of 3-axis camera gimbals developed for professional filmmakers.

DJI’s original Ronin is no longer in production, though there is the Ronin 2, which will run you about $7,000 (or more, depending on if you go for any add-ons). There’s a good chance that we’ll get a Ronin 3, as it’s been a few years since the Ronin got an update.

The Ronin 2 launched in 2017 with an enlarged camera cage and 50mm extendable arms designed to support DSRLs as well as full cinematic cameras and lenses up to 30 pounds.  A detachable grip allows for a range of camera mounts, whether it’s a basic handheld and jib configuration or a Ready Rig, cable cams, vehicle or, of course, a drone. With dual hot-swappable batteries, it provided 2.5 hours of runtime.

With a potential Ronin 3, expect better sensor technology to shoot at faster speeds and at higher quality.

The DJI Osmo Action is the drone manufacturer’s response to GoPro, which is famous for its tiny, nearly-indestructible action cameras. Ironically, GoPro tried to make their own drones, but failed. DJI is proving that it can make both.

The current version of the DJI Osmo Action offers a 4K, 12MP digital camera with two displays and a 145° angle. It’s waterproof, surviving depths as low as 36 feet.

But consider that DJI’s newest drones, such as the Air 2S, have far better camera specs than that. For example, the Air drone stands out for its 1” sensor capable of shooting 20-megapixel photos and 5.4K video. What’s more, that’s the same specs as what you get in the larger, more-expensive Mavic 2 Pro — but at a far-lower price point. Plus, it offers a larger pixel size of 2.4μm.

Given how much emphasis DJI has put on its Mavic line — ranging from consumer-focused product drops like the Mavic Mini 2 to enterprise-focused drones like the DJI Mavic 2 Enterprise Advanced — it’s most likely that, should DJI drop a drone (and as a primarily- drone company, what more would you expect?!) it’ll be an addition to its Mavic line of drones.

The DJI Mavic 2 arrived in 2018 in two forms: the Mavic 2 Pro and the Mavic 2 Zoom — and both proved to be a photographer’s dream. The Mavic 2 Pro took a Hasselblad camera with 1-inch CMOS sensor and F2.8 EQV 28mm lens and mounted it to its iconic three-axis gimbal. The drone could capture 4K video and 12MP images which could then be transmitted via the DJI OcuSync transmission system over a maximum range of up to five miles. The Zoom had, you guessed it, a zoom lens with a two-time optical zoom camera with a 12 MP 1/2.3” CMOS Sensor.

And then there’s the question that long-time DJI fans are wondering about: will we finally get a fresh Phantom 5 drone? While DJI has largely been focusing its Mavic drones lately, there’s an opportunity for DJI to refocus attention back to the Phantom line.

The latest addition to the Phantom line, the Phantom 4 (as well as its siblings, including the Phantom 4 Pro), was initially dropped all the way back in March 2016. But while it’s been a while since its release, that drone was a huge leap forward for the industry, primarily because it was the first consumer drone to include five separate safety sensors that could not only detect obstacles in its path, but autonomously find a way to navigate around them. At launch, it retailed for $1,399.

Though given how successful the Mavic line has been given its more portable nature, this seems the least likely. The Phantom might still be too bulky even for enterprise users when you compare it to the highly-portable Mavic line (hence, the launch of business-minded products like the DJI Mavic 2 Enterprise Advanced). Casual consumers are drawn toward even smaller products through products like the Mini 2.

Get ready for a busy holiday shopping season for DJI

Despite what anyone says about COVID-19 related slowdowns, these 2021 product launches indicate that DJI is still pumping the gas.

DJI’s most recent product launch ahead of this upcoming series was the DJI OM 5, which turned the classic Osmo handheld gimbal and turned it into glorified selfie stick with tons of extra bells and whistles. Though palm-sized when folded, the DJI OM 5 has a 215 mm built-in extension rod.

Between the Om 5 and these three upcoming drops, expect at least four new DJI product on shelves for the 2021 holiday season, and potentially a couple drones to choose from.

The 2021 holiday season might shape up to be the prime time to buy a drone for your loved one as more Americans skip out on holiday travel for a second year in a row (no) thanks to the uncertainty surrounding the COVID-19 pandemic. With an untouched travel budget, a drone could fill that gap. And if you are traveling, it’s still more likely to be a socially-distant vacation like an RV trip or camping versus a jaunt to the big city. Thus, a drone could be your ideal vacation accessory.

What are you hoping (or more realistically, expecting) to see in this upcoming series of 2021 product launches from DJI? Leave your thoughts below!