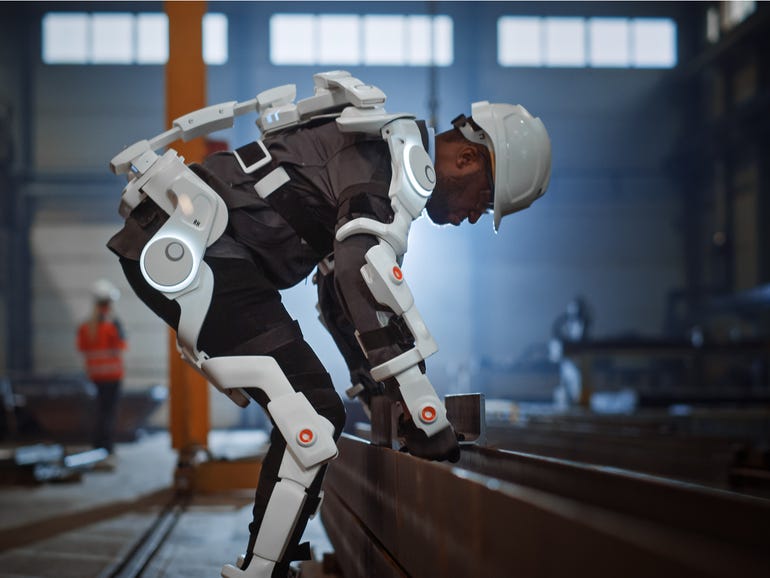 A Dutch exoskeleton company is launching an updated model of an innovative unpowered exoskeleton for workers. The new product from Laevo, called the Flex V3, is compelling for a couple of reasons, but the big one may be that it's attempting to solve well-known problems that have kept exoskeletons, once vaunted as a breakthrough technology, a primarily niche product.

The Laevo device is a passive, unobtrusive exoskeleton designed to alleviate strain and adapt to every posture. By leaning against the chest pad, the Laevo transfers force from the rest of the body to the thighs.

In general, exoskeletons have stumbled from a business perspective. Powered and unpowered suits designed to augment human strength or reduce the strain associated with bending and lifting have been around since the early 2010s. One of the visions of robotic exoskeletons, which are marvels of biomechanics and engineering and were pioneered in robotics hubs like the Human Engineering Lab at UC Berkeley and companies like Ekso Bionics, was to replace wheelchairs for those with stroke or spinal cord injuries. But the market case for mobility applications has never quite worked, in large part due to the high price tag of robotic exoskeletons compared with the substantially lower price point of wheelchairs, a proven and resilient technology.

More recently, exoskeletons have been marketed for work. Ekso Bionics, for example, debuted an upper-body exoskeleton at a Ford factory in 2018, and the technology has seen use in heavy industries and shipyards.

That's held out hope among developers of a commercial use case, and in that conception powered exoskeletons could be a bridge between a completely human workforce and the eventual arrival of the lights out, fully automated factory.

Laevo, which sold a previous version of its unpowered exoskeleton for around $2500, is targeting different types of users, including those in non-industrial settings, such as logistics warehouses where workers move relatively small packages but are subject to repetitive stress strains. The lower price point of unpowered exoskeletons versus their robotic counterparts significantly lowers the threshold for adoption. Given that the logistics sector is increasingly coming under scrutiny in the U.S. for labor practices and working conditions, the timing could be right for a device designed to ease the physical strain.

In the next months, Laevo will start rolling out the Laevo Flex in several markets across Asia, Europe, Latin America, Middle East and the U.S. The company says it already has about 2,500 units in the market.