Apple Music will get a ‘Voice Plan’ that is simply $4.99 a month 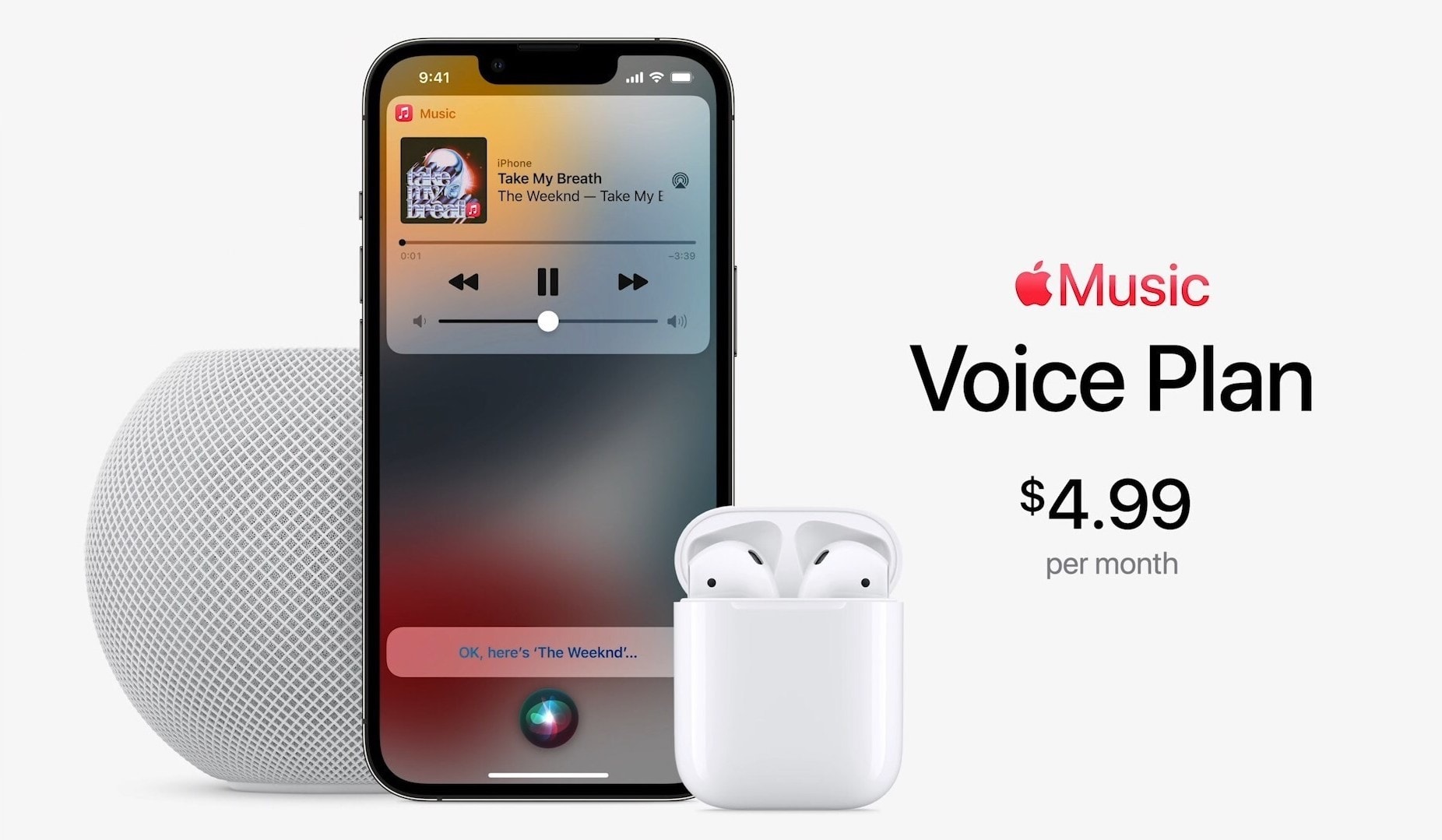 Apple Music is now more affordable for those who agree not to use buttons. Its new “Voice Plan,” unveiled today during Apple’s big “Unleashed” event, lets you access the entire Apple Music catalog using only your voice for $4.99 a month.

That’s half the price of a regular Apple Music subscription — and it might just be ideal for HomePod users.

Get Apple Music at half of the price with Voice Plan

“Apple Music and Siri are natural partners and already work seamlessly together,” said Oliver Schusser, Apple’s vice president of Apple Music and Beats. “With Siri actively used on hundreds of millions of devices worldwide, we are thrilled to add this new plan that delivers an effortless music experience just by using your voice and makes Apple Music accessible to even more people around the world.”

Voice Plan sounds like a pretty strange idea at first — and it kinda is. It’s Apple Music as you know it, with access to the entire catalog you’re using to getting … but you can only control it through Siri using voice commands.

It’s probably not what you want if you predominantly use Apple Music on an iPhone, iPad or Mac. But if you’re looking for a more affordable way to enjoy Apple Music on HomePod, which uses voice anyway, the Voice Plan is an option.

Of course, being tied to Siri means the Voice Plan is available only on Apple devices, so it’s no good if you plan to use Apple Music on an Android, smart TV, or third-party set-top box.

If you’re happy with all that, you can sign up for Apple Music’s Voice Plan in 17 countries and regions starting this fall. Subscribe through Siri by saying “Hey Siri, start my Apple Music Voice trial,” or use the Apple Music app.