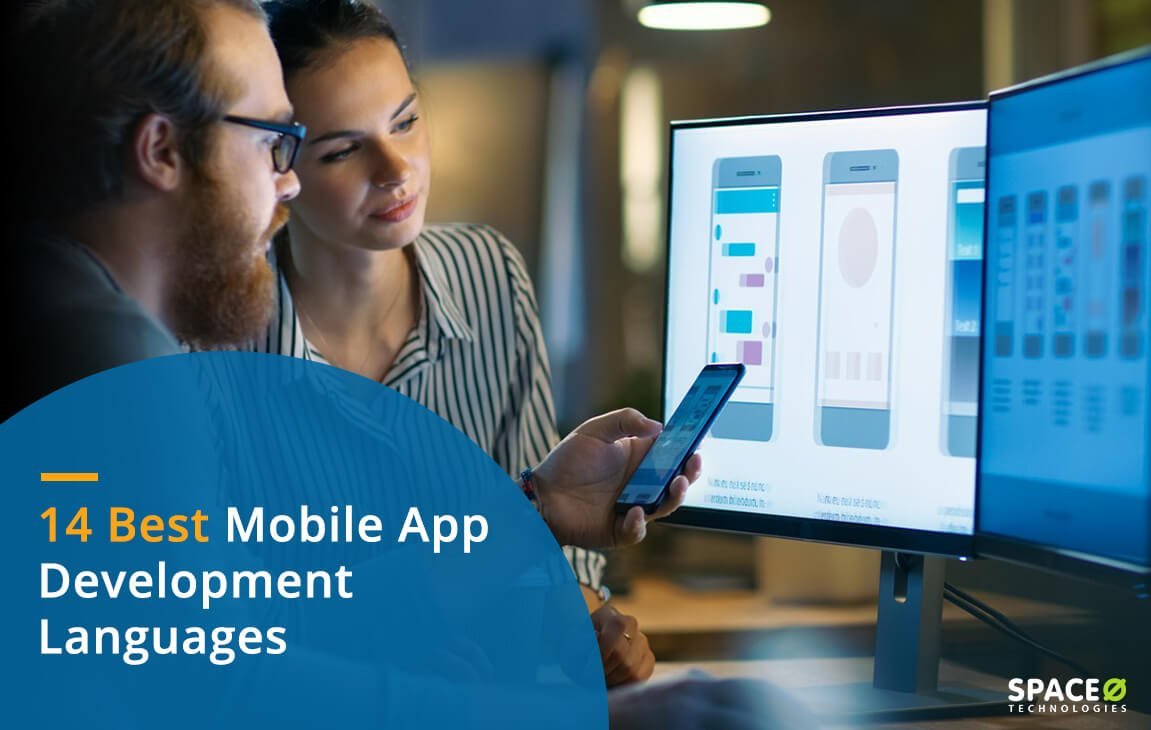 Just to burst your bubble right away, there is no universal language for mobile apps development. The reason is that it largely depends on what your goals are. This means you need to discover your goals first in order to choose the right app development language.

Being a mobile app developer, whether you are looking for a job, want to develop an app for a specific platform, or want to keep your options as open as possible, you will need to consider all these factors to find the best app development language.

This is list of the best mobile app development languages.

But how will you find the right one from the above list which perfectly fits your requirements? Don’t worry! To make this easy for you, we have bifurcated the best language for app development based on various factors and shared their pros and cons, too, so that you can choose the best language for your project. Let’s find out!

According to Statista, there are more than 2.8 million apps available on Google Play Store and more than 1.9 million on Apple App Store. But have you ever wondered which app is a native, hybrid, or progressive web app?

Note: We have compared all these types with each other.

In case you want to know them in detail, go through the following information on all the types of mobile apps.

Native apps are intended to run on a specific platform. This means, if you intend to build an app for the iOS platform, then it will not work on the Android platform and vice-versa.

So, here you build an app either for iOS or Android, both separately. The reason for building platform-specific apps is to ensure the best performance and high reliability.

These apps can be installed through respective app stores, such as Google Play Store and App Store. The prime examples of native apps are Lyft and Twitter.

On the other hand, hybrid apps are a mixture of native apps and web apps. Therefore, it is also known as cross-platform apps. These apps will run on multiple platforms.

This means, if you intend to build an app for a particular platform or operating system, it will still work well on the other platforms. Apps made using technologies such as Xamarin and React Native will come under the category of hybrid apps.

Hybrid apps can be easily developed with lesser development time because it uses a single code base to work on multiple mobile operating systems. The prime examples of hybrid apps are WhatsApp and Wikipedia.

Progressive web apps run in the URL of a device’s web browser and are intended to work on any web platform that uses a standards-compliant browser, such as desktop as well as mobile devices. It uses common web technologies, including HTML, CSS, and JavaScript, to build applications.

It gives you a feel of a mobile application, but you cannot deliver it natively on the device. Therefore, it is known as PWA, and the prime examples are Starbucks, and Pinterest.

Want to Create a Native App?

Want to validate your app idea? Want to get a free consultation from an expert?

These are the 6 best programming languages if you want to develop iOS apps. We have compared each one based on many factors that you should consider while selecting the best language.

If you have an interest in Android app development, then this list is for you. We have shared the top 5 languages that you need to consider to create Android apps. Are you wondering about applications on the Android OS are mostly written in what programming language? We have listed down the major factors and languages which are used to develop Android applications. Let’s check the list with major factors:

Create Your Own Android App

We have designed and developed over 1500 custom Android applications.

If you want to develop hybrid apps, then you must check the following programming languages. Based on some major factors, compare each language and find the best which completely fits your requirements.

This was all about the best programming languages for mobile app development. If you still have some queries in your mind, continue reading the most asked questions that we have shared next.

Which programming languages should I learn for developing apps?

Which are some of the best languages for developing apps?

Which languages are most used to develop apps?

According to Statista, this is the list of languages that are most used for developing apps.

We have discussed each language along with its pros and cons. Now, you can choose the best programming language as per your project requirements like app type, a platform to develop on, and more.

In any case, if you face difficulty while trying your hands on these programming languages or choosing the best language for your project, then get in touch with us. Share your project requirements with us and we will assist you further.

Laborious & Mushy Expertise That Can Enhance Your Robotics Schooling